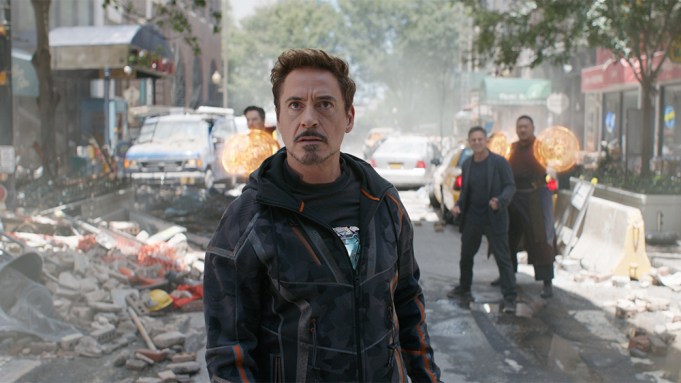 “Avengers: Infinity War,” the latest highly anticipated entry in the MCU, is headed for an enormous $240 million-plus opening weekend from 4,474 North American venues.

Should the Disney blockbuster achieve that number, it will have attained the second-highest domestic opening weekend of all time, close behind 2015’s “Star Wars: The Force Awakens” with $248 million. Below is 2017’s “Star Wars: The Last Jedi” with $220 million.

The film earned $106 million in previews, including $39 million from Thursday screenings, marking the second-largest domestic first day of all time, again behind “Star Wars: The Force Awakens.” The 19th MCU film also received the second-widest domestic release ever, just behind “Despicable Me 3” with 4,529 screens.

“Infinity War” has already earned $178.5 million on the international front from 43 territories, and has pushed Disney past $1 billion in domestic revenue for 2018.

“Avengers: Infinity War” will become the sixth film in history to top the $200 million mark in their domestic debut weekends, joining “The Force Awakens,” “Star Wars: The Last Jedi,” “Jurassic World,” “The Avengers” and “Black Panther.”

The MCU’s denizens, including Robert Downey, Jr., Chris Hemsworth, Chadwick Boseman, Zoe Saldana and many more, reunite two years after the events of “Captain America: Civil War” for “Infinity War,” which also stars Josh Brolin as Thanos, the intergalactic force bent on destruction. Joe and Anthony Russo directed from a script by Christopher Markus and Stephen McFeely. The film has earned an 84% certified fresh rating on Rotten Tomatoes and an A CinemaScore.

The original “Avengers” had the highest opening to date for a Marvel film, debuting with $207.4 million in 2012.

In a very distant second is the fourth weekend of Paramount’s “A Quiet Place,” John Krasinski’s thrilller starring himself and Emily Blunt, with about $10 million. The film has earned $140 million domestically in its first 22 days. A sequel was announced to be in the works by Paramount’s Jim Gianopulos at CinemaCon, though Krasinski’s role has not yet been released.

The second frame of STXfilms’ “I Feel Pretty” will nab third place with about $8 million from 3,440 North American locations, with fourth place likely to go to the third weekend of Dwayne Johnson’s “Rampage,” with almost $7 million from 3,508 locations.

Another Marvel title, “Black Panther,” should earn about $5 million in its 11th weekend to wind up in fifth. The most recent Marvel film before “Infinity War” has earned over $1.3 billion worldwide, with over $640 million from overseas. The film starring Chadwick Boseman, Letitia Wright, and Michael B. Jordan opened to $202 million and has topped $683 million in North America to become the third-highest domestic grosser of all time, behind only “Star Wars: The Force Awakens” and “Avatar.”

Bleecker Street’s “Disobedience” will get a limited opening this weekend against “Infinity War,” and is headed for about $240,000 from five screens. The drama stars Rachel Weisz and Rachel McAdams and follows Weisz as Ronit Krushka, a non-practicing Orthodox Jewish woman who returns to the community that shunned her decades earlier for an attraction to a female childhood friend. Based on the book by Naomi Alderman, the script was adapted by Sebastián Lelio, who is also directing. The film is sitting at a 90% certified fresh rating on Rotten Tomatoes.