Why ‘Aquaman’ Slayed in China 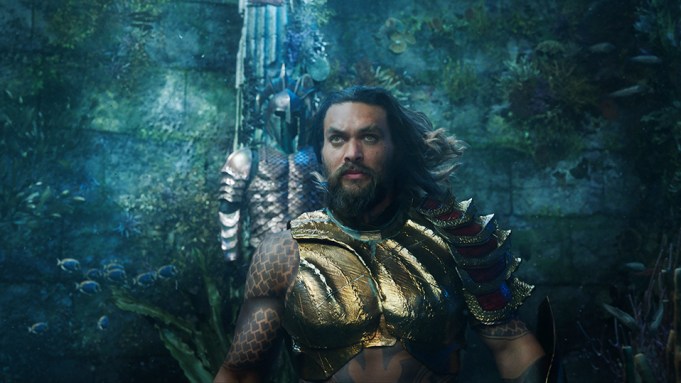 After making a splash in China with a massive $94.1 million launch, “Aquaman” is swimming towards more box office glory.

Even before its U.S. debut on Dec. 21, James Wan’s take on the Atlantean superhero has hit a number of records in the Middle Kingdom. It had the best opening weekend for a Warner Bros. title, the biggest start for a DC entry, and has already exceeded the lifetime gross of its fellow cinematic universe film “Wonder Woman” in that territory, to name a few.

DC doesn’t have the most consistent track record when it comes to blockbusters, and comic book lovers were rightfully curious to see how “Aquaman” would rank compared to his Spandexed cohorts. “Wonder Woman” was a big winner both at the box office and among fans, but critically maligned entries such as “Batman v Superman: Dawn of Justice” and “Justice League” sparked concern about the long-term viability of the Warner Bros. run comic book empire. It was fair to question if Jason Momoa and his glistening abs would be able steer the franchise into clearer waters.

Reviews have been surprisingly positive for a movie where word-of-mouth — especially in China — carries huge weight. Variety’s Peter Debruge spoke on behalf of skeptics everywhere saying: “It’s kind of a shock that it doesn’t suck.” It carries a 76% on Rotten Tomatoes, which is basically glowing praise compared to “Suicide Squad.” While North American audiences have yet to see the stud in green-and-orange suit on the big screen, Chinese fans have already been raving about the origin story, crowning it with a rare 9.5 user rating on Moayan, a major ticket-buying app, and an 8 on key user-review site Douban.

Ahead of the movie’s U.S. release, Variety took a look at a few potential reasons why Momoa’s trident-wielding hero stuck the landing overseas.

Most of the banter online in China about “Aquaman” praised the imaginative use of top-notch fire and water effects to construct the film’s mythical underwater world. Even the naysayers marveled at the visually dazzling battle scenes and (almost literally) immersive effects. The movie’s flashy and aesthetically pleasing look has been compared to “The Mermaid,” a fantasy romantic comedy that was a massive success in the Middle Kingdom and is the fourth-highest grossing film of all time in China.

Though China handed Warner Bros. its Dec. 7 release date, the studio lucked out. “Aquaman” faced little competition, especially among superhero enthusiasts who were hungry for a hit. “Venom,” hailing from Sony’s arsenal of Marvel characters, launched Nov. 9, giving the mainland box office enough breathing room between tentpoles. An early December bow also meant that the movie arrived in theaters just before the holiday crunch, when Hollywood hits like “The Grinch” and “Spider-Man: Into the Spider-Verse” enter the fray.

“Wonder Woman,” by contrast, came out in China during a highly competitive summer season. Diana Prince’s alter ego smashed expectations in North America with a $412 million bounty, but the lasso-touting heroine only brought in $37.7 million during its opening weekend in China. The blockbuster ended its theatrical run there with $90.5 million, less than “Aquaman” made in its first three days of release.

The thrill of being first

It’s still unusual for a U.S. studio film to open a full two weeks earlier abroad than at home, especially a potential blockbuster like “Aquaman.” But what could have been a risky move for Warner Bros. appears to have paid off, as Chinese audiences seemed to revel in getting to see a Hollywood film before their American counterparts. “You guys get to see it before the whole world!”  Momoa told fans in China on a promotional tour before the premiere, to hysterical — and mostly female-pitched — screams.

Mainland audiences have also singled out the Malaysian-born director as an object of adoration, drawn to his technical prowess and his ethnic Chinese background. Wan directed “Furious 7,” which was also a smash in China, making nearly $400 million.

“You have to add the fact that James Wan is an esteemed director,” Tom Molter, Warner Bros. head of international distribution, said of “Aquaman’s” success. “He’s got credit for that. He’s definitely a well-liked director in the market.”

A frequent criticism of the DC Universe is that its troupe of Lycra-clad heroes could stand to lighten up. That’s something that its rivals at Marvel have consistently been able to nail as its repertoire of costumed stars continues to grow. Titles like “Captain America: Civil War” and “Avengers: Infinity War” have historically performed better in China, where moviegoers are sometimes taken aback by the darker tone of DC stories.