‘Ant-Man and the Wasp’ Flies Toward $75 Million Opening Weekend 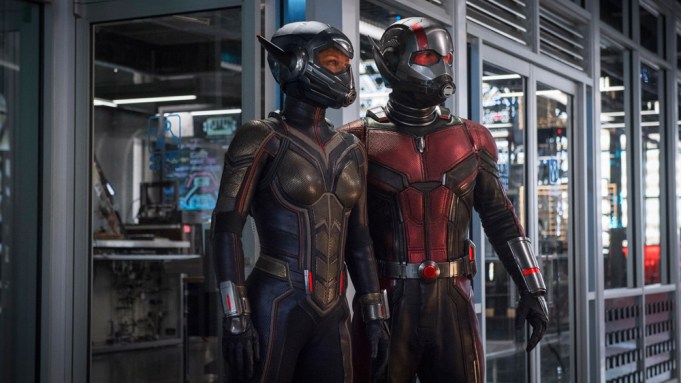 Ant-Man may be small, but his upcoming sequel is flying toward a pretty hefty opening weekend.

Early buzz shows “Ant-Man and the Wasp” eyeing a domestic debut between $70 million and $80 million over the July 6 weekend. That’s well ahead of its predecessor, “Ant-Man,” which bowed during July 17, 2015 with $57 million. The original film garnered a positive reception and went on to earn $519 million worldwide, including $180.2 million in North America. Critics praised the Marvel installment, which secured a solid 82% rating on Rotten Tomatoes, for its witty tone.

Paul Rudd and Evangeline Lilly are reprising their roles as Scott Lang/Ant-Man and Hope van Dyne/Wasp. Set between the events of “Captain America: Civil War” and “Avengers: Infinity War,” the follow-up sees Ant-Man and the Wasp teaming up on a new mission from Hope’s father and S.H.I.E.L.D. inventor Hank Pym (Michael Douglas).

“Ant-Man and the Wasp” is the 20th entry in the Marvel Cinematic Universe. The sequel comes months after “Avengers: Infinity War’s” record breaking box office debut. The Marvel mashup boasts the biggest domestic opening weekend of all time with $258 million. It recently passed the coveted $2 billion mark worldwide, becoming the fourth film to hit that milestone.

“Jurassic World: Fallen Kingdom” will have two weeks of playing time before the Marvel tentpole opens, while the R-rated “Sicario: Day of the Soldado” opens the week before in the run-up to July 4.