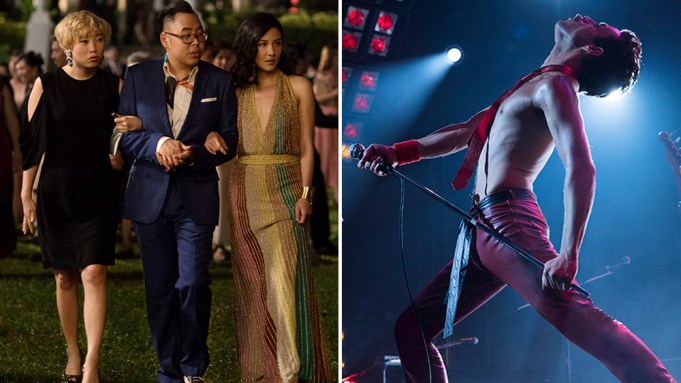 Something noteworthy in the world of awards watching happened last year: For the first time since the SAG Awards’ inaugural year, the winner of the Motion Picture Academy’s best picture prize, “The Shape of Water,” was a film not nominated for the Screen Actors Guild‐American Federation of Television and Radio Artists’ (SAG-AFTRA) ensemble award. It was a bit of trivia that stood as a sort of bellwether. “If you don’t get that nomination, you don’t have the full support of the actors branch — the Academy’s largest group,” or so went the logic.

It was also one of those “statistics” that was destined to fall. To begin with, the  nominations aren’t determined by the same group of people every year, but rather, a revolving nominating committee selected anew each season. Also, the guild’s ensemble honor has historically been simply that, recognition of superlative cast achievement. Viewing it as a best picture corollary has always been folly, despite the data.

So it goes that this year’s SAG-AFTRA ensemble nominees — those expected to actually make the Academy ballot, that is — will likely be viewed by many as our best picture frontrunners. The nominees were “BlacKkKlansman,” “Black Panther,” “Bohemian Rhapsody,” “Crazy Rich Asians,” and “A Star Is Born.”

A couple of things: First of all, this nominating committee sleeping on Barry Jenkins’ “If Beale Street Could Talk,” not just in the ensemble category, but in the supporting actress race where critics’ darling Regina King was overlooked, is staggeringly dumb. Ignoring “Roma” is a big whiff, too, particularly in ensemble, though without some stars to glom onto, it’s easy to see why the committee would have let it slip through the cracks. But SAG-AFTRA seems duty-bound to its peccadilloes.

“Bohemian Rhapsody” continues to remind everyone that it has a big pocket of support, despite pans from the critics. Bryan Singer’s film adds the ensemble recognition here to a Golden Globe bid for best picture, setting it up as a possible Oscar nominee. “Crazy Rich Asians” is less likely to translate that same success over to Academy love, but this is a big get for it all the same.

So then, is the best picture race a three-way battle between “BlacKkKlansman,” “Black Panther” and “A Star Is Born”? Again, old logic might have said yes. But nothing is in stone this time of year. (That said, the expectation in this space has been “A Star Is Born” for the top Oscar all along, and with a field-leading four nominations today, that still tracks.)

The real fireworks came in the supporting actress category, where King was unceremoniously rebuffed. Emily Blunt became a dual nominee with a tip of the hat for “A Quiet Place” to go along with her lead nomination for “Mary Poppins Returns.” Meanwhile, Margot Robbie popped up for her performance in “Mary Queen of Scots.” Neither had been positioned as threats for nominations, so this is significant fuel for their respective campaigns.

John David Washington also showed up in lead actor for “BlacKkKlansman,” a film the guild went for in a big way, handing it three nominations. There’s no exact science dictating this but it appears his fellow nominees in the category — Christian Bale, Bradley Cooper, Rami Malek, and Viggo Mortensen — have their projected Oscar nominations sewn up, and there’s an opportunity for someone to nab the final spot. It could be Washington. It could also be “First Reformed” star Ethan Hawke, who like King, was ignored today despite currently being one of the most laureled contenders on the critics’ awards circuit.

The big takeaway here is SAG-AFTRA, as ever, voted in its own bubble. An early balloting window (Nov. 15 through Dec. 9) yielded far more support for widely seen popular offerings than for art-house gems that the critics have been supporting. Funny how it all comes back to that conversation, yet again.

And so, off we go into the rest of the season. We’re in the thick of the critics’ stretch right now with regional groups across the country adding their two cents throughout the month. SAG-AFTRA and the Animated Film Association (Annie Awards) have provided the only actual industry assessments so far, with more guilds and organizations set to speak up after the new year. Then it’s onward to the Academy’s Jan. 22 Oscar nominations announcement.

Check out the full list of this year’s SAG-AFTRA nominees here.