The eighth in the “Star Wars” series has stirred up intense debate about key moments and plot points since its Dec. 15 opening. Writer-director Rian Johnson spoke with Variety addressing out . He also speculates about the next edition of the film, which is currently being scripted.

SPOILER ALERT: Don’t read the following until after you’ve seen the movie.

When was the decision made to end Luke Skywalker’s storyline? How did you address this with Mark Hamill?

It was very early on. I felt like everything was leading there. I slowly brought it up in conversation. But it was a genuine conversation, nobody freaked out. They were like, “Hmm, let’s talk about why that needs to happen.” So we started talking.

For me, there were a lot of reasons. This is very much Luke’s story, about accepting the mantle of “Luke Skywalker,” as a legend that inspires the galaxy. He asks at the beginning: What can one guy with a lightsaber do? And the answer is “Not much.” But the “Legend of Luke Skywalker,” spreading hope across the galaxy, can do quite a lot. So his huge decision to come back and take that on his shoulders — I knew that would be the conclusion of the movie. And I knew it was a potent place for him to have this big moment, if you’re going to build up a huge head of emotional steam, let’s serve this moment and really give him his due.

Also I don’t know where the next movie is going to go. J.J. (Abrams) and Chris Terrio are writing it right now. But it seemed like the potential of Luke crossing into new realm — that offers exciting possibilities for the role he plays in the coming chapter.

No one’s ever really gone.

Are you saying he will be back in the next film?

I’m not writing the script, so I don’t know. But as a fan, I would hope so.

When we see Yoda in “The Last Jedi,” is this a puppet?

It really was. I realized Yoda would have a natural place in this. Given Luke’s story, it makes sense that his old master would come back and kick his butt, to get him back into the fight. That led to the fact that the Yoda whom Luke has an emotional connection with, was in the original trilogy. That’s the last time they saw each other. That led me to say “Let’s re-create the puppet from the original trilogy.”

Neil (Scanlan, the creature supervisor) and his team found the original mold and meticulously re-created the puppet. Then Frank Oz came back and puppeteered it, from a hole underneath the set, and doing the voice. It was just like we were back in the early ’80s. Frank did some puppet work in the prequels. But the last time he did it with a Yoda puppet was “Return of the Jedi.” 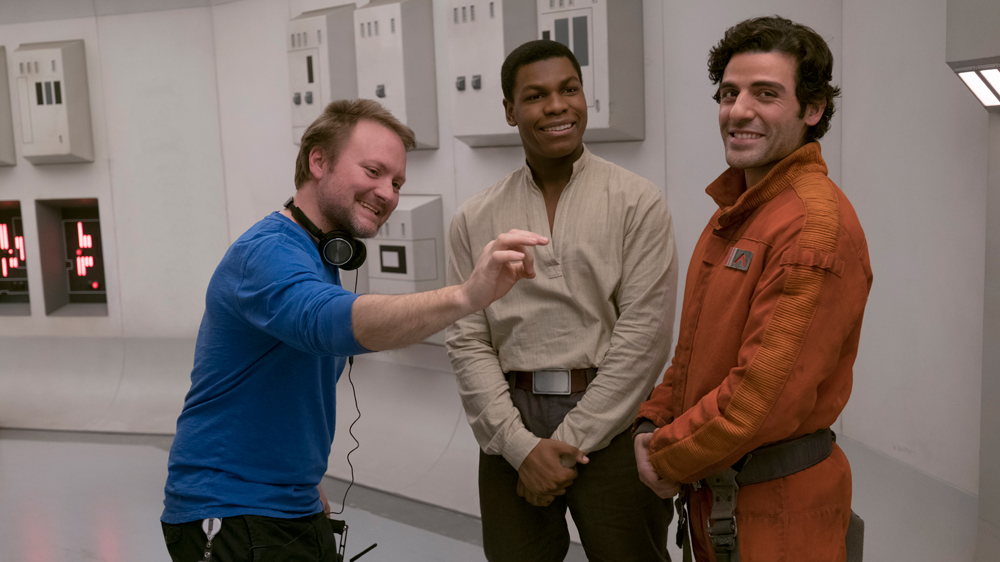 You were a toddler when the first movie opened. Is directing a “Star Wars” film a constant thrill or was there a moment of secret panic?

It wasn’t so secret! Yes, coming into it, I had a sense of vertigo. This was so much of my world as a kid. Now as an adult to engage with them, it was bizarre. But the you start working on the movie and that’s your goal, you’re too busy trying to make the movie work to hold onto “Omigod, I’m making ‘Star Wars’!” That realization comes in glimpses. But mostly you’re just trying to make a good film.