‘Mary Poppins Returns’: Why Julie Andrews Turned Down a Cameo 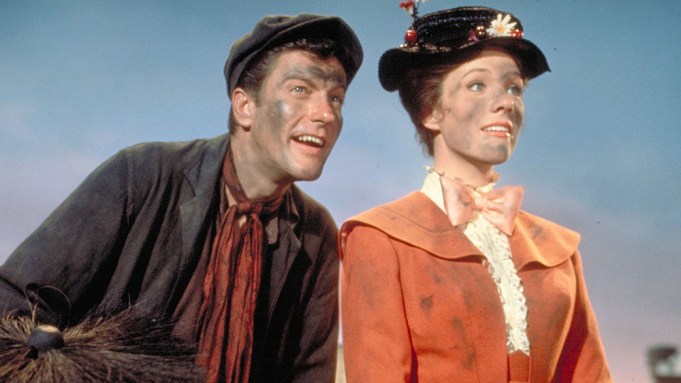 “Mary Poppins Returns” is being hailed as “practically perfect in every way” and a worthy followup to the 1964 classic. It’s a movie that recaptures the optimism and magic that made the original such a beloved family film. Though Dick Van Dyke makes a singing and dancing return in “Mary Poppins Returns,” best actress Oscar winner Julie Andrews is notably missing in action.

That’s not for lack of trying. Director Rob Marshall told Variety that he approached Andrews about making a cameo early on in the project’s development, but she deferred out of respect for Emily Blunt, who was tasked with putting her own spin on the flying nanny.

“She immediately said no,” Marshall said at the premiere of “Mary Poppins Returns.” “She said, ‘This is Emily’s show and I want her to run with this. She should run with this. This is hers. I don’t want to be on top of that.'”

Marshall said he and his writers never pitched the 83-year old actress on a specific role. However, a source with knowledge of the production, said that the producers considered Andrews for the role of the balloon lady, a part played by another screen icon, Angela Lansbury, in the sequel.

“She was very hands-off with the whole thing,” she said.

“There was discussion about, you know, that maybe she would come and do a bit in the movie and she was so generous actually,” Blunt added. “She said to Rob, ‘Do you know what this is? This is Emily’s version of her and I don’t want it to be that she’s playing Mary Poppins the whole way through but then I come in and there’s like oh, but there’s the real Mary Poppins, you know?'”

If Andrews was approached about joining the film, producer Marc Platt didn’t get the memo.

“She wasn’t supposed to be in it at all,” insisted Platt during a red carpet interview. “But she’s a friend of Rob’s and a friend of ours and a big fan of Emily Blunt and has been lovely since day one about how this is Emily’s turn and how happy she is for her…And it’s Emily’s turn. It’s a different story and a different time. There will only be one Julie Andrews and after people see this film they’ll be able to say with equal joy that there’s only one Emily Blunt.”

“Mary Poppins Returns” hits theaters on Dec. 19. It is on track to be a major hit at the holiday box office, with a projected $70 million gross over its first week of release. Its major competition will be from “Aquaman,” a superhero movie that features Andrews as the voice of an underseas creature named Karathen.