‘Black Panther’ Is a Legit Phenomenon, but Will It Be an Oscar Player? 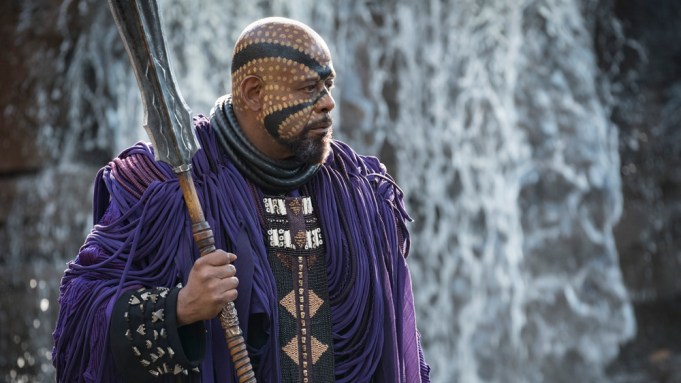 “Black Panther” came, saw and conquered, and it’s barely been in theaters four days. In that amount of time it has already outgrossed, domestically, what DC’s superhero team-up “Justice League” managed to conjure in three months. It has taken on a cultural significance unmeasurable to anyone who’s never wrangled with a lack of representation on the screen. Michelle Obama tweeted about the film Monday morning, expressing a hope that it will “inspire people of all backgrounds to dig deep and find the courage to be heroes of their own stories” (though it hasn’t yet made President Trump’s Twitter agenda).

Ryan Coogler’s blockbuster is, it seems uncontroversial to say, a phenomenon. The only question, on all fronts, is how far can it go?

One of those fronts is the awards season, and we’re in the thick of one right now that features another such phenomenon dismantling expectations at every turn. Jordan Peele’s “Get Out” hit theaters almost exactly one year ago. It started out as a critically-hailed genre curiosity that then morphed into the year’s statement film, and one that could very well sneak-attack best-picture frontrunners like “The Shape of Water” and “Three Billboards Outside Ebbing, Missouri” as Universal Pictures continues to turn up the heat on phase two awards advertising. (The studio is even offering free screenings of the film in theaters nationwide on Presidents’ Day.)

Can “Black Panther,” a Marvel Studios effort amid countless others in a cinematic universe that has never fully tickled the Academy’s fancy, become an Oscar player as well?

One nomination has felt like a good bet ever since the first trailers hit: Ruth E. Carter’s costume designs alone are worth the price of admission, a dazzling collection of cultural garb, superhero chic and just straight-up baller fashions that ought to stick in Academy costumers’ memories in a year’s time. Carter, a legend in her field and a brilliant choice by Coogler to help him imagine the world of Wakanda, was previously nominated for Spike Lee’s “Malcolm X” and Steven Spielberg’s “Amistad.” She’s never taken the prize but “Black Panther” could be her best shot yet.

Hannah Beachler’s production design is equally eye-popping, making for one of the most fully-realized Marvel worlds this side of “Guardians of the Galaxy.” Wakanda isn’t just a single-aesthetic environment, though. It’s a kaleidoscope of styles and signatures that paints a dynamic place you’ll be keen to revisit. (And it should be mentioned that cinematographer Rachel Morrison, who just made history as the first woman ever nominated in her field, for Dee Rees’ “Mudbound,” captures all this eye candy with aplomb.)

Visual effects also seems like an obvious possibility; every Marvel Studios film that has been recognized by the Academy has picked up that nomination. And given the makeup and hairstyling details that went into visually establishing the different tribes of Wakanda — Oscar-winning “Star Trek” designer Joel Harlow is part of the team, along with Oscar nominee Ken Diaz (“Dad,” “My Family”) — that is certainly on the table as well.

Those four or five nominations would already be enough to double the highest tally any Marvel movie has managed at the Oscars (see below), but the question will be whether “Black Panther” can transcend the artisan fields and catch a stride in races like adapted screenplay or even best picture. “The Dark Knight” star Heath Ledger broke through the acting ceiling in 2008, winning the supporting actor prize, while just last month, “Logan” became the first superhero movie to land a screenwriting nomination. Barriers are crashing.

Oh, and one other place the film could score is in the original song category. The Kendrick Lamar-curated soundtrack features a number of earworm singles, but the anthem of the album has become Lamar and SZA’s “All the Stars.”

Time will tell on all that. The movie is already a full-blown hit and a pop-cultural milestone, but if the ultimate Academy response to “Wonder Woman” is any indication, that’s not necessarily enough in and of itself. Nevertheless, you could not ask for a much better staging ground for an Oscar campaign.

Congrats to the entire #blackpanther team! Because of you, young people will finally see superheroes that look like them on the big screen. I loved this movie and I know it will inspire people of all backgrounds to dig deep and find the courage to be heroes of their own stories.

All of this should also take into account Coogler’s dazzling three-film trajectory at just 31 years of age, and the goodwill he’s stored up along the way. “Fruitvale Station” put him on the map, bringing him breakthrough director recognition from both Film Independent (Spirit Awards) and the Independent Filmmaker Project (Gotham Awards). “Creed,” meanwhile, should have been Oscar-nominated across the board, yet remains a curious awards season fumble. Coogler’s latest will put him at the top of countless director wish lists going forward. The man is a player.

“Black Panther,” meanwhile, is now playing at a theater near you. At last count, it was estimated to pull in $235 million by end of day Monday, good enough for the third-highest four-day total in history behind “Star Wars: The Force Awakens” and “Star Wars: The Last Jedi.” (UPDATE: On Tuesday, final numbers told a slightly different story. “Black Panther” ended up with $241.9 million in domestic box office receipts, good enough for second all-time on the list of four-day openers.)

“Guardians of the Galaxy” (2014)
Makeup and Hairstyling, Visual Effects