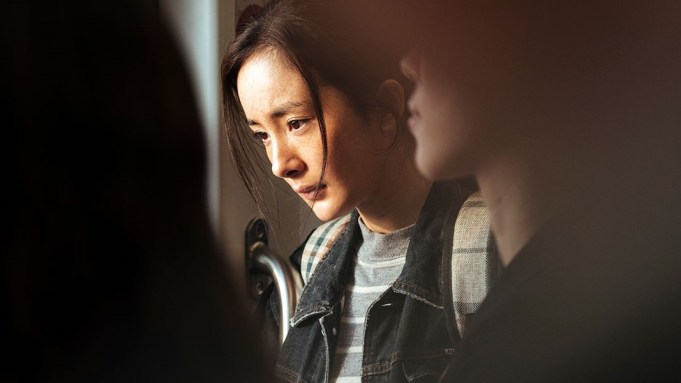 Chinese drama “Baby,” which has its world premiere this week at the Toronto Film Festival, is a disturbing look at how disabled children are frequently abandoned in China. Fortunately, director Liu Jie has found multiple ways of making the subject palatable.

Liu, who previously made social drama “Courthouse on Horseback” and more mainstream mystery thriller “Hide and Seek,” says that unfortunately, the film is based on real events. Liu became aware of the plight of disabled children when a friend was given three days by doctor to decide whether his newborn child should live or die.. After that introduction, in 2009 Liu visited a village with 600 families and 1,200 children in foster care.

There he found ideas for the screenplay, which he wrote with a small team over the next two years. In total it has taken nine years to bring to the screen. Having the legendary Taiwanese director Hou Hsiao-hsien come on board as producer was both a return of filmmaking favors and a fillip that helped “Baby” towards completion.

“’Hide and Seek’ was a genre I wanted to learn. But ‘Baby’ is what I really want to say. I wanted to record and make people think about the changes in Chinese tradition and societal values,” Liu told Variety. “We see the collision between the traditional father and son relationship with modern human rights ideals.”

Liu was able to cast major Chinese star Yang Mi (aka Mini Yang) in the crucial role as an unmarried woman who has the same health problems as a child she encounters, and whose family seem ready to let die. “It is hard to attract attention for such a serious subject in a (Chinese) industry which skews heavily towards entertainment. Having Yang Mi helps increase its impact,” Liu said.

Two years ago, Fan Bingbing similarly put aside her superstar status to play a desperate and determined woman who stands up to an indifferent legal system in Feng Xiaogang’s “I Am Not Madame Bovary.” Liu laughs off the comparison. “Unlike me, Feng is already well-known and has his own following. He is almost as famous as Fan Bingbing.” Nevertheless, Liu’s reputation for serious, quality movies was enough to win over Yang at a moment when the screenplay had not been completed.

The film is headed for a theatrical release in China in mid-October through distributor Lian Ray Pictures which has previously handled Stephen Chow films and the record breaker “Monster Hunt.”

“The prospect (of a good release) excites me. But there are always people telling me to make more commercial movie. I hope to show them it is possible to make a movie that is both good quality and commercial.”