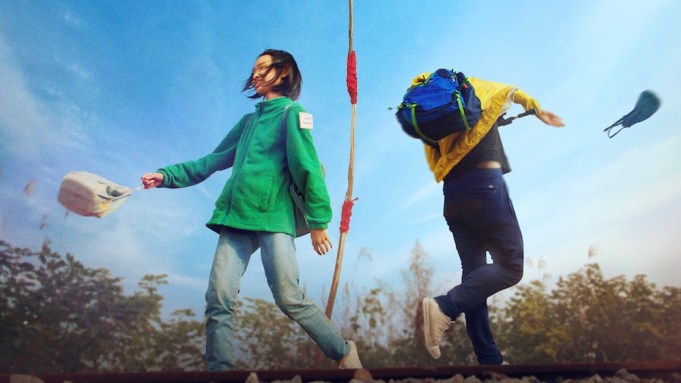 With an engineering degree in his pocket, Chinese director Qiu Sheng uses an engineer as the narrative vehicle in his feature “Suburban Birds.” The film is set to play in Locarno’s Cinema of the Present on Friday (see trailer: https://vimeo.com/282669550).

What the engineer discovers is a diary that tells of a group of children in search of a missing friend and on a journey of their own. To his surprise, the engineer finds that it may contain prophesies about his own life.

Qiu says that an incident in his own childhood was one of the inspirations for the film. So too was novel “The Castle” by Franz Kafka, though in Qiu’s telling the protagonist is made to get on with the job.

As with many independent directors currently hailing from China, Qiu feels it important to map and record the huge process of change that Chinese society is undergoing as it moves from poverty to affluence, and from a predominantly rural structure to urban living. “Suburban Birds” tries to do more than most, with two story lines, one for the city, one for the suburbs referred to in the title.

Qiu has been making short films since 2010, picking up multiple awards from art-house festivals along the way. His 2015 effort, “Golfville” appeared in the China section of the Angers Premiers Plans festival for first films. Appropriately, “Suburban Birds” shows at Locarno hot off its win for best narrative feature at China’s own Xining First Film Festival.