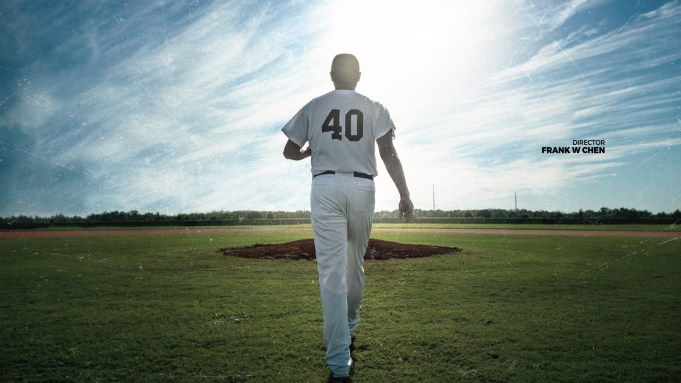 Wang, played for the New York Yankees between 2005-2008, and was the team’s first-ever Taiwanese ballplayer. He carved a spot in the team’s history by winning 19 games in two consecutive seasons and finishing second in the American League Cy Young Award voting in 2006. He was named to the Time 100 in 2007, before suffering a major foot injury in 2008.

Directed by Frank W. Chen, the film follows Wang’s multiple comeback attempts, his life between rehab programs, lonely stints away from home, and the inner struggles and weight he carried on his injured shoulders.

As a local hero gaining stardom overseas, Wang was dubbed the “The Pride and Glory of Taiwan” in his native territory. Activator Marketing Co., which previously released hit natural history documentary, “Beyond Beauty – Taiwan From Above,” will distribute the film theatrically in Taiwan this December.

“Late Life” has its world premiere at the Los Angeles Asian Pacific Film Festival in May and landed the audience award for best international documentary. The film was also the centerpiece presentation at the Asian American International Film Festival in New York this summer.

It was produced by New York-based WYC Motions and 408 Films (“Linsanity,” “I Can I Will I Did,” and “Snakehead”). Producer credits go to Chen, Brian Yang and Hai-Tao Wu.

“Before Chien-Ming Wang, Major League Baseball was a meaningless phrase to most in Taiwan. As his recognition soared, his MLB games became how most of us counted our days,” said Chen in a statement.

“Chien-Ming Wang’s story is one of glory, diversity, but most importantly, perseverance,” said Allen Chou, president of Passion River. The company previously released Jon Kean’s “After Auschwitz,” a documentary chronicling the post-war lives of female Holocaust survivors, as well as the theatrical and VoD launches of Sundance opening night film “The Workers Cup.”