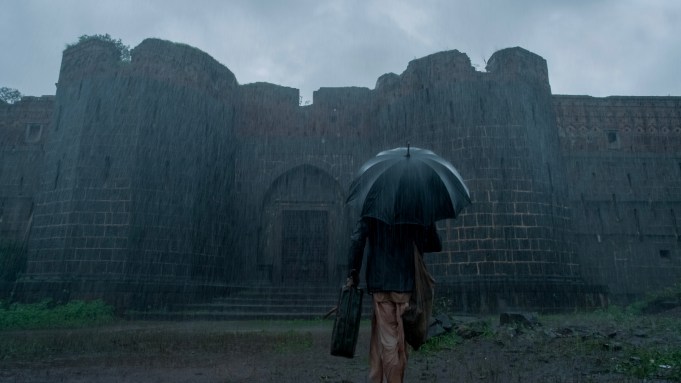 Indian fantasy film “Tumbbad” is poised to get the Venice Film Festival’s parallel Critics Week section off with a bang. Set as the section’s out-of-competition opening feature, “Tumbbad” is a dark tale of greed and obsession set in the 19th Century, but made with the richest 21st Century visuals.

Critics Week head Giona A. Nazzaro described Tumbbad as a “visionary fantasy film, a parable about greed that travels at the speed of an Emilio Salgari’s story shot by Steven Spielberg, rich in visual inventions, special effects and blood.”

Directed by Rahi Anil Barve and Adesh Prasad, the film was made as multinational effort that reflects the changing approaches towards co-operation and co-productions being adopted by India’s independent filmmakers.

Producer Sohum Shah, previously known as an actor in “The Ship of Theseus,” tells Variety of the film’s long journey.

Variety: Why did “Tumbbad” take six years to make?

Shah: “Tumbbad” had started as a very small atmospheric piece, which we had completely shot, or so we thought, by 2012. It is only after editing we realized that the film was not able to achieve what it set out to do. There was a popular opinion around me to can it and move on, but I decided against it, solely because in my gut I felt that there is still a possibility to turn it into something special. I went on to get it re-written, re-shot and re-imagined in every way, to make this a film that all of us could be proud of. And when you do something like this which is against conventional wisdom, it often takes a lot of time and a lot of money. So you can say that its actually turning it from a small piece into an ambitious epic film which took six years.

Variety: What were the obstacles?

Shah: A lot of constant difference of opinion, a lot of creative talent walking in and out of the film at different points for various reasons, finding enough money for all the re-shoots, there have been numerous obstacles. For instance the all the VFX scenes were shot twice, yet we were not happy with the results so additional money was needed to fix them digitally from scratch. To stick to the ambition of making a film of this scale one has to invest in good music and all other technical necessities without sparing any expense. And then of course there was always this constant pressure and doubt from everyone around that the film may never get finished.. Even to get partners on board was very difficult, because no one would understand the film just by reading the script or just by looking at a rough cut with no final music, VFX, sound and grading, especially because there is no specific precedence for a film like this. It is new in so many ways. That’s why I had to take the risk of just create the finished product first by putting in all my investments and then hoping people would like it.

Variety: How have you set its commercial career?

Shah: “Tumbbad” is co-produced by Film I vast which have earlier supported academy award and BAFTA nominated films like “The Hunt” (“Jagten”) and “Kontiki.” In India “Tumbbad” is being presented by Eros International and Aanand L. Rai and his company, Colour Yellow Films. We will have a country wide theatrical release in India this October. We are confirmed in many coming big festivals.

Variety: How do you pitch a horror/fantasy in India, where that is a film genre seldom seen?

Shah: There is a huge shift in box office numbers of a lot of fantasy and horror films from the west in India. Although of course when I started making “Tumbbad” there was no precedent or hope for a market like this. But I just felt it from the gut that this film is the one that will make a difference. I think fortunately because of a lot of exposure of the world content in India people have started enjoying and looking out for content that is not the usual. It is a fantasy mystery with elements of horror and I sincerely hope that the audience will enjoy watching it sitting on the edge of their seats exactly the way my team made this film sitting on the edge theirs.

Variety: Where did the VFX come from?

Shah: Sean Wheelan and his amazing team at Gothenburg-based Filmgate films, who are also co-producers on the film, did a fabulous job of providing us over an hour’s worth of special effects, matte paintings and painstaking 3D character work. He also brought the spirit we needed to make a film like this.

Variety: Why make your own shift from acting to producing?

Shah: I am from a very small town in India. I have spent most of my life there where I created a flourishing business and built my own world. Because of my business background, it was easier for me to transition into becoming a producer, because fundamental needs to be the producer are same as starting any ambitious business. You need to be a little crazy, persistent as well as have a very clear vision of why and what you want.

But the original reason I came to Mumbai was to act and not to produce. I wanted to know more this unexplored world I knew only through mainstream Hindi films. The charm and pleasure of going through (the acting) process is very spiritual for me.