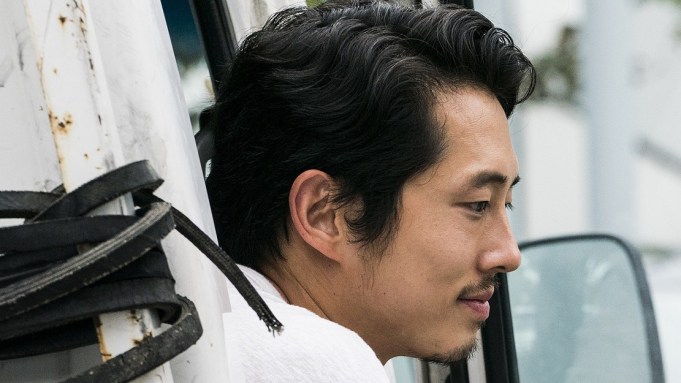 The clutch of Asian films in this year’s Cannes Film Festival Official Selection isn’t the biggest ever but may be one of the most anticipated in recent years.

Three of the four Asian titles in the main competition are by directors with a high-profile Cannes track record. The fourth is a competition first-timer.

The main competition lineup includes a long-awaited return for former Cannes juror Lee Chang-dong (“Secret Sunshine”) with “Burning.” The film is an adaptation of the short story “Barn Burning” by Haruki Murakami (“Norwegian Wood”), which was first published in the New Yorker. With Yoo Ah-in, Steven Yuen and Jeon Jong-seo in the three lead roles, the film’s trailer is currently scorching the Internet.

A record number of Chinese films were submitted to Cannes this year. Three were chosen, with one making it into the competition. Auteur Jia Zhangke is returning to the Croisette with his biggest-budget and most commercial film to date, “Ash Is Purest White.” The film is a drama with martial arts elements and takes place between 2000 and 2017. France’s Eric Gautier is cinematographer, shooting a cast that includes Zhao Tao, director-actor Feng Xiaogang, and the leading pair from “Black Coal, Thin Ice,” Liao Fan and Diao Yinan.

Cannes regular Kore-ede Hirokazu of Japan is back with Lily Franky cast as the head of a family of small-time criminals in “Shoplifter.” Japan’s other competition film comes from Ryusuke Hamaguchi, who is making his Cannes debut with drama “Netemo Sametemo (Asako I & II).” Hamaguchi has been directing for more than a decade and is best known for 2015’s “Happy Hour,” which collected script prizes at Locarno and the Asian Film Awards. The new film is a mystery about a woman who meets a man who resembles her ex-boyfriend but who appears to have a different personality.

Un Certain Regard includes two of Asia’s brightest rising-star directors, China’s Bi Gan and India’s Nandita Das. Bi, who previously delivered acclaimed “Kaili Blues,” has assembled a high-profile cast for “Long Day’s Journey Into Night,” including Tang Wei and Sylvia Chang, in service of a story about a man searching for a woman he met 20 years earlier.

Das’ “Manto” is a biopic of writer Saadat Hasan Manto, set in the 1940s. One of India’s most versatile actors, Nawazuddin Siddiqi, is joined by Rishi Kapoor in the cast.

In the other parts of the Official Selection, announced on Thursday in Paris, Asia has representatives in the Midnight Screening section and among the special screenings.

Also getting a special screening is omnibus film “10 Years in Thailand.” The concept is borrowed from the micro-budget Hong Kong indie “10 Years” in which a handful of local directors shoot unconnected short films imagining their territory 10 years in the future. The Hong Kong film was dystopian and political. With the new film in the hands of Aditya Assarat, Wisit Sasanatieng, Chulayarnon Sriphol, and previous Cannes Palme d’Or winner Apichatpong Weerasetakul, the result is expected to be political, metaphorical and hopeful.

Korea’s “The Spy Gone North” is an espionage picture that Cannes artistic director Thierry Fremaux likened to the excitement of “Train to Busan” for the midnight slot. The story involves a South Korean secret agent who hatches a deal with North Korea on the eve of the 1997 South Korean presidential elections.