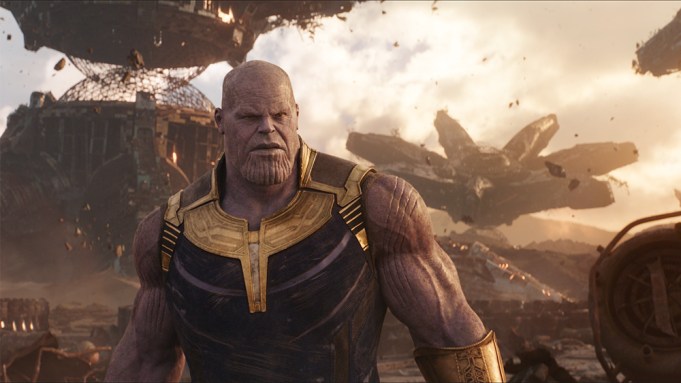 “Avengers: Infinity War” has made a blockbuster start in China, the last major market to release the Disney-Marvel title.

By 10 p.m. Friday in China, the film had earned $66 million (RMB423 million) on its first full day of release, according to data from China Box Office. That gave it a 96% share of all cinema revenues in China that day.

The $66 million came on top of about $9.3 million earned in previews Thursday, according to Ent Group. That gives the superhero tentpole an estimated opening total of close to $76 million.

Disney reported pre-sales and midnight screening figures of $65.4 million for the three-day opening weekend. That is an all-time record for Disney in the Middle Kingdom.

“Avengers: Age of Ultron” has the highest full opening-weekend score for the “Avengers” franchise with $156 million, which is also the fourth-highest opening score of any film released in China. “Monster Hunt 2,” released during the Chinese New Year holiday period in February this year, holds the all-time record with a $187 million start.

To the end of Wednesday, “Infinity War” had a global gross of $1.251 billion. That comprised earnings of $479 million in North America and $772 million in international markets.

The Marvel Comic Universe is already the biggest foreign movie franchise of all time in China, with a combined gross of $1.12 billion (RMB7.1 billion), ahead of “Fast & Furious” with $913 million (RMB5.8 billion) and “Transformers” with $834 million (RMB5.3 billion).