How to Watch the 2018 World Cup Online

Fox Sports, Telemundo will live-stream all 64 matches of the soccer tournament in the U.S. 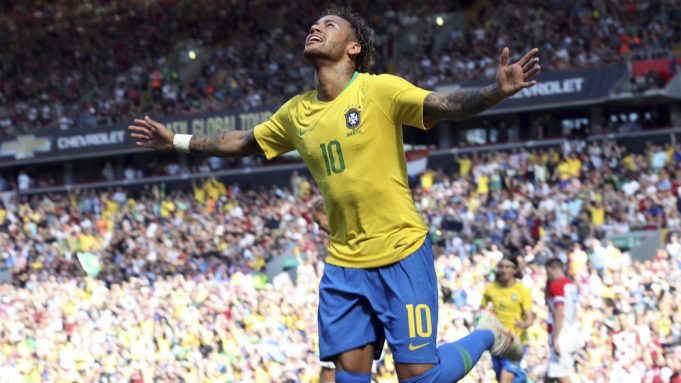 The U.S. men’s soccer team is sitting out the 2018 FIFA World Cup Russia — but fans of the beautiful game in the States will be able to watch along with the rest of the world in a myriad of ways.

Fox and NBCUniversal’s Telemundo own the U.S. media rights for this year’s World Cup, for English- and Spanish-language broadcasts respectively, as well as the 2022 and 2026 events.

This year’s World Cup kicks off on Thursday, June 14, and runs through the final on July 15. Both Fox Sports and Telemundo will carry all 64 matches on TV, and they’ll also be live-streamed on digital platforms.

On TV, Fox Sports will deliver an unprecedented 38 games on Fox broadcast stations — which may have been optimistic, given the U.S. team’s failure to qualify for the tournament. The remaining 26 matches will air on Fox Sports 1  (FS1). Telemundo Deportes will air 56 Spanish-language broadcasts on Telemundo stations and eight on NBCU’s Universo cable channel. Fox’s single-page calendar with the 2018 World Cup broadcast schedule is available at this link. Telemundo’s complete programming schedule is available at this link.

While all the World Cup action — and other related programming — will be available online, to access it both Fox Sports and Telemundo will require users to log in with pay-TV provider credentials.

Here’s how to watch online:

Other ways to watch this year’s World Cup in the U.S.:

Internet TV Services: Cord-cutters have other options without subscribing to a traditional pay-TV service, as several internet TV services carry Fox broadcast networks and FS1. Those include Dish Network’s Sling TV, AT&T’s DirecTV Now, YouTube TV, Hulu With Live TV, Sony PlayStation Vue and FuboTV. (Note that not all packages include access to local Fox stations in all areas or FS1.)

Virtual Reality: Fox Sports is teaming with social-VR startup LiveLike to stream all 64 games of the World Cup in virtual reality, available in the Fox Sports VR app (for iOS and Android) with or without a headset. The content is available only to subscribers of participating pay-TV operators. With the app, users can view any match with their Facebook friends (or select a viewing partner at random) and set up avatars in a virtual “suite,” where they’re able to toggle between views or select a director’s cut that automatically selects the best camera angle for live game action. In addition, Facebook’s Oculus will stream four World Cup matches for free in its Oculus Venues social co-viewing app.