Which VR Headset to Buy This Holiday Season

Are you looking to give someone a VR headset this holiday season? Or maybe you finally want to make the jump into virtual worlds yourself? The good news is that there are now many more VR headset choices available than just a year ago. The bad news is that choosing one that fits your needs hasn’t exactly gotten easier.

That’s in part because VR headsets are in general still split into two categories: Cheaper entry-level devices that are primarily geared toward media consumption, and more expensive high-end headsets that require external hardware, but also offer more immersive experiences. There are some good reasons for going down either path, and some great devices for both casual and more engaged users.

We decided to break down the pros and cons of both categories, and take a look at upcoming hardware, to help you with your decision.

Giving it a go: The case for entry-level VR

It’s been four years since Samsung first introduced the Gear VR as an entry-level VR headset. At the time, the proposition was tempting: For roughly $100, Gear VR offered a chance to experience 360-degree videos, casual VR games, and media consumption apps that made it possible to watch regular movies in virtual theater-like settings. All you had to do was supply your phone, which doubled as the headset’s display and computing power. 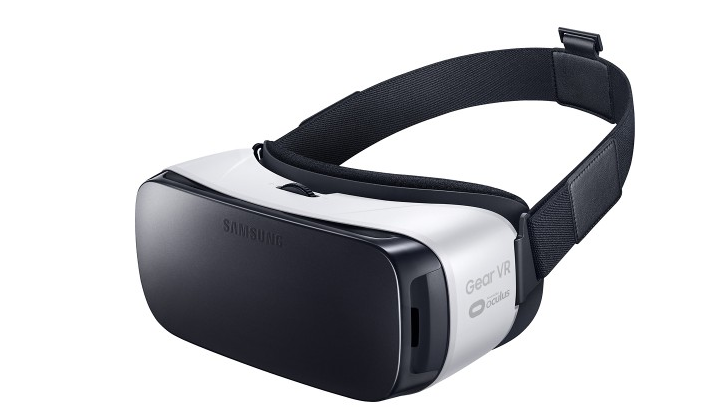 Fast forward to 2018, and the Gear VR looks a bit dated. Over the years, the Samsung headset has received an external controller and a few other cosmetic updates. But there have been no major technical advances. Inserting your phone into the Gear VR is still a bit cumbersome, and the device’s immersive qualities are still fairly limited when compared to high-end VR headsets.

The latter is true for all entry-level VR headsets, and has to do with a lack of what is known in the industry as positional tracking: The Gear VR and similar headsets know when you turn your head, but these devices have no way of determining whether you lean into an experience, or even take a step forward.

Still, there are plenty of great apps for entry-level headsets, and media consumption in VR is a surprisingly great experience, especially while traveling or otherwise away from a TV screen. After all, why watch a movie on a small phone screen, when you can instead fire up a virtual big-screen TV, and even connect to your friends over the internet to have their avatars join you in your virtual living room for a VR movie night?

The good news for VR beginners is that Facebook ditched everything that was bad about entry-level headsets when it introduced its $200 Oculus Go headset earlier this year. The Go is an all-in-one headset that doesn’t require a phone or PC to run VR experiences. It also comes with a great screen with a better resolution than some high-end headsets currently on the market. And with a price tag far below what you pay for a premium phone, the Go is still the best choice for anyone looking to take first steps in VR.

An odyssey worth taking: The case for gaming VR

High-end VR headsets like Facebook’s Oculus Rift and HTC’s Vive do offer positional tracking, and as such are capable of delivering much more immersive experiences than Samsung’s Gear VR or the Oculus Go. This not only makes VR gaming a lot more fun, but also allows users to make their own 3D paintings and step into immersive narrative worlds.

But with the better experience also comes more complex technology: Nearly all current high-end VR headsets require powerful gaming PCs to run VR games and experiences. The only notable exception is Sony’s PlayStation VR, which has to be plugged into a PlayStation game console. Most high-end VR headsets also require external tracking hardware, which makes setting them up a lot more cumbersome.

What’s more, the first generation of high-end VR headsets feels a bit dated at this point: Facebook’s Oculus Rift, for instance, has a lower screen resolution than the company’s entry level Go headset. HTC launched a Vive Pro with a higher screen resolution this year, but is positioning it as an enterprise product with a price tag of $1400 for a full-featured bundle.

The upshot is that there is already a newer generation of PC-based VR headsets capable of running high-end games and experiences without the need for external tracking hardware. Best-liked among industry insiders is Samsung’s new Odyssey+ device, which integrates tracking directly into the headset. The device retails for $500, but has been on sale for as little as $300.

The bottom line: If you want to experience high-end VR and have a compatible PC, get a Samsung Odyssey+.

A quest worth waiting for: Next-generation all-in-ones

Here’s the thing about VR: A better device is always around the corner. And while improvements over the past two or three years have largely been incremental, VR hardware is about to take a major leap with a new generation of standalone devices that offer high-end tracking, but don’t require a PC.

Lenovo first tested the waters for this with the Mirage Solo headset earlier this year, which already offered the ability to lean into VR experiences. But without a tracked controller and with limited app support, the Mirage Solo ultimately fell short of expectations.

Next up is Facebook’s Oculus Quest, which promises full tracking of both headset and controllers for just $399. The Quest is supposed to ship early next year, so we don’t have any full reviews of the device yet. However, demos given to press at the company’s recent Oculus Connect developer conference were impressive, and showed that the Quest can deliver fun immersive gaming experiences without the cables and other hardware requirements that come with a PC-based solution.

The bottom line: If you want the next generation of immersive VR and can wait a few more months, hold out for the Oculus Quest.