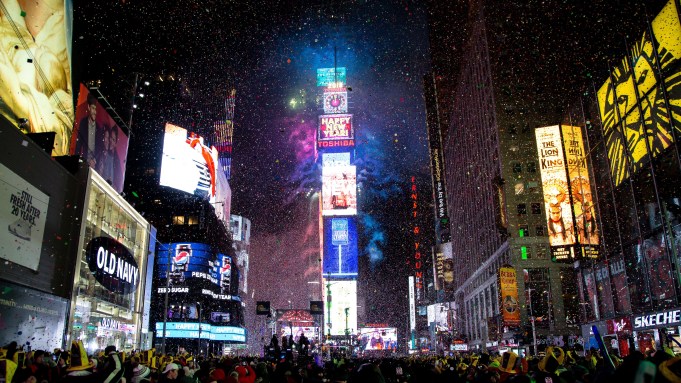 Here’s how to live-stream the Times Square New Year’s Eve festivities for free online — no TV required — including the iconic ball drop and performances by Bebe Rexha and Lovelytheband.

The Times Square New Year’s Eve event, co-produced by the Times Square Alliance and Countdown Entertainment, will be hosted again by TV and radio personality Allison Hagendorf with correspondents Andrea Boehlke and Jeremy Hassel. The live stream, powered by Vimeo’s Livestream division, is set to include the hourly countdowns, ball-raising ceremony, stage performances and special guests, culminating in the descent of the crystal ball atop the roof of One Times Square.

The evening’s lineup is slated to include musical performances by Bebe Rexha (“Meant to Be,” “Me, Myself & I,”  “I’m a Mess” and John Lennon’s “Imagine”) and alt-pop band Lovelytheband (“Broken,” “These Are My Friends” and “Maybe, I’m Afraid”).

“Americans are united in their belief that press freedom and independent journalism are at the heart of our democracy,” Simon said in a statement. “At CPJ, we are humbled to represent the journalists who bring us the news each day. We are inspired to #CelebratePressFreedom on New Year’s Eve and throughout the year ahead.”