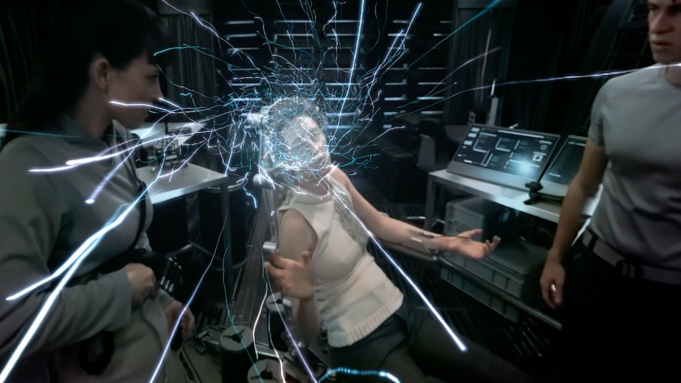 The three-parter is complementary to the show, which is set to premiere on Syfy in early December. The VR offshoot was directed and written by “Nightflyers” showrunner and executive producer Jeff Buhler, and produced in collaboration with Here Be Dragons, Warm + Fuzzy and Q Department.

It was shot on location in Limerick, Ireland, during production of the TV show, using the same sets and incorporating three characters from the show. Some of the financing was provided by NBC Digital Enterprises as well as Google, which explains the presence on YouTube.

Speaking of which: “Nightflyers VR” can be watched with any headset that has access to YouTube VR, which now includes Oculus Go, Samsung Gear VR, HTC Vive, Oculus Rift and PlayStation VR as well as Google’s own Daydream platform.

Anyone who doesn’t have any of these headsets yet can also watch the show on YouTube via its mobile app or website, and most of the action is neatly framed, making it less necessary to explore all 360 degrees.

George R.R. Martin for his part seemed to acknowledge in an interview with Syfy.com that this may just be a first step. “I don’t think it’s a mature art form yet,” he said. “The technology is not mature and we haven’t really figured out how to tell stories for it.”

Martin also freely admitted that he may not be the best judge for cutting-edge technologies, saying: “I don’t know if it’ll particularly help me because I’m a million years old.”