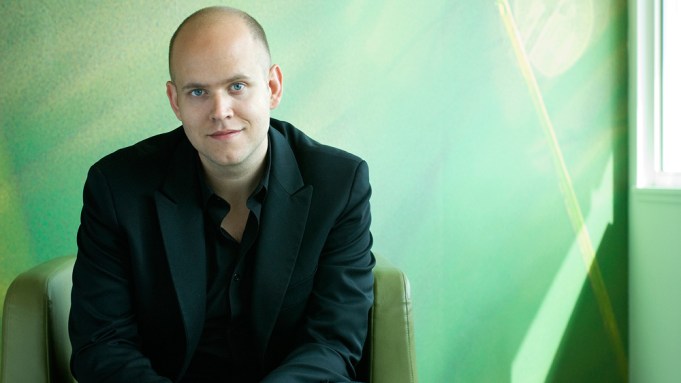 On the morning of the day his company goes public — the big day that he has long insisted isn’t that big compared with “the day after, and the following day and all those days to come” — Spotify cofounder and CEO Daniel Ek looked forward and back in an appearance on “CBS This Morning.”

Most of what he discussed on the show were topics and statements he’s said multiple times before, including in a public letter he posted on the company’s website Monday — particularly looking back at the inspiration that led him to found the company in 2006.

“For me, as someone growing up in a working-class suburb in Stockholm, I couldn’t afford all the music,” he recalled. “So back in ’98, ’99, I was really thinking about how I could get all the music and do it in a legal way while at the same time compensating the artist.”

However, he did speak at length about the company’s challenges from Taylor Swift, who removed her music from Spotify and other streaming services in 2014 over what she felt were unfair royalty rates — a decision she reversed last year.

“For me, first off, I should have done a much better job communicating this, so I take full ownership for doing that,” Ek said. “I went to Nashville many, many times and talked to her team. Spent more time directly explaining the model and why streaming mattered. And the great news is I think she saw how streaming was growing. I think she saw the fans were asking for it. So eventually when the new album came up, she came to Stockholm and spent some time with our team there figuring out a way that made sense for her.”

The streaming giant isn’t using the traditional IPO process for its public offering, but instead a rarely-used process called a direct listing that comes without underwriters. This also means that the company won’t have a share opening price. Instead, it offered some guidance in its filing Wednesday based on private share sales, which have ranged between $90.00 and $132.50 per share this year.