Oculus Go Review: The Best Mobile Headset, And You Won’t Even Need a Phone for It

Facebook-owned Oculus officially launched its Oculus Go virtual reality (VR) headset at the company’s F8 developer conference Tuesday. The headset is an attempt to kickstart mass VR adoption with a $199 price point and an all-in-one form factor. A weeklong test of a review unit supplied by Oculus showed that the company may be onto something here.

First things first: The Oculus Go is a mobile all-in-one headset, so you won’t need to your phone or your computer to run VR games and experiences on it. It runs the same software as Samsung’s Gear VR headset, which means that over 1,000 apps developed over the past three years already work on it out of the box.

This includes games like the new multiplayer space shooter Anshar Online and the VR puzzler favorite Land’s End, entertainment apps like Netflix and Hulu as well as everything from guided meditation apps to VR roller coasters. In addition, Oculus is launching a new version of its Rooms app on the device, which allows users to meet up with friends and listen to music, play games or simply chat and hang out together.

Go try it on

The Go is a headset that offers what VR insiders call three degrees of freedom. The action of VR games will happen all around you, but you can’t truly lean in, or walk within a game, as you could with higher-end VR devices like the Oculus Rift or PlayStation VR. Similarly, the controller can be used to point at objects, and swipe through menus with a built-in trackpad, but you won’t be able to reach out, or bring your virtual hand up to your face.

The headset comes with integrated speakers that pipe stereo sound straight to your ears. That works surprisingly well if you use it at home, or anywhere else where it is quiet enough — there isn’t really any isolation to mute outside noises. Likewise, the speakers aren’t all that private, and instead just blast any audio loud enough for everyone nearby to hear. Luckily, there’s also a headphone jack to add your own earbuds.

Wearing the Go is reasonably comfortable. It’s not super light, and weighs about the same as other phone-based VR headsets. But the straps hold it well in place, and it still feels okay on your face even after extended wearing. There was some light creeping in from the nose area, which doesn’t have a whole lot of padding, but the effect wasn’t too distracting.

Go ahead, read the specs

Facebook has done a lot to get you the most bang for your buck. The Go uses a 2560 x 1440 pixel LCD screen that’s capable of a frame rate of up to 72Hz, and it is powered by a Qualcomm Snapdragon 821 processor — all optimized for VR usage.

The result is that the picture quality is truly remarkable, especially if you have seen other mobile headsets in the past. Sure, if you pay close attention, you’ll still see those pixels, but everything is rendered very smoothly, and the image quality generally felt on par, if not even better, than those of a Gear VR with a Samsung Galaxy S8. Except for one thing: Samsung’s phones use OLED screens, and the Go’s LCD simply can’t match those blacks, with dark sequences instead looking a bit more grey and washed out.

The performance of the Oculus Go seemed to be roughly equal to mobile VR headsets like the Gear VR, and adequate for most of the content available on the Oculus store. However, there were instances when the Go seemed to get a bit out of breath. Oculus allows users to stream their VR sessions live to Facebook, but turning it on at times significantly impacted the performance of the headset, making browsing through menus a bit painful, and causing the audio in one of the apps to stutter. Other apps, however, seemed to perform fine while being live streamed.

Go wireless, one way or another

Speaking of comparing the Go and Gear VR: The biggest difference between the two devices, other than the absence of a phone on the Go, is input. Samsung launched the Gear VR without any external controller back in 2015, and instead integrated a touch pad on the right temple.

Fast forward to 2018, and the Gear VR has a controller very similar to the one that’s shipping with the Go — but the touchpad is still there. That’s useful if you ever misplace the controller, but it can also be annoying when you accidentally launch apps, or misfire during a game, just because you try to adjust the headset. All of that won’t happen with the Go, which only has a volume rocker and power button on top of the display area.

Not using a phone for mobile VR also comes with a few minor downsides. For one, there is currently no way to get phone notifications on the device. When you are in VR, you are in VR, and you might miss any incoming calls. Then again, you also won’t be bothered with any app notifications that you don’t want to be bothered by anyway, so there’s always a silver lining.

Not using your phone also means that you won’t be able to access some of your phone’s unique other features. Gear VR owners can cast their gameplay to any Chromecast-equipped TV. This makes it much easier to show off a VR game, and can make the experience of wearing a headset in the presence of others a bit more social. Oculus Go is not a Google-sanctioned Android device, which is why casting is not supported. 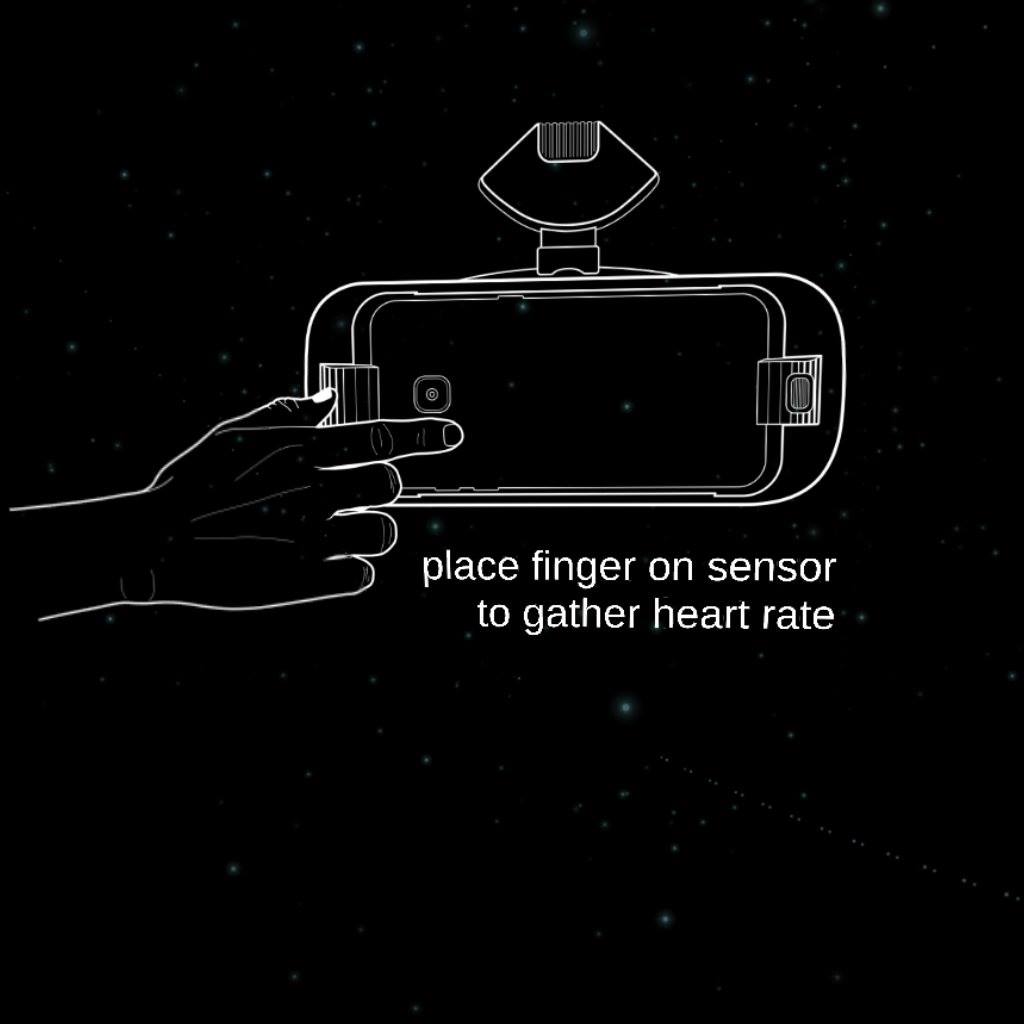 The awkward moment when you realize that not all Gear VR apps are optimized for the Oculus Go yet.

Android users may miss a few other essentials they are used to from their phone. There is no file manager for the Go for instance, and the device also doesn’t offer a way to quickly see how much storage you have used. The Go will however warn users when they only have 2GB of storage left, and repeat that warning at the 500 MB mark. Oculus is also selling a 64 GB version for VR pack rats for $249 — but it would have been nice if the company had included an SD card slot for users to manually add storage.

Finally, the two headsets are binary compatible on paper, which means that apps for the Go will run on the Gear VR, and vice versa. But in practice, it will take some time for developers to really embrace the new headset.

Until then, you’ll likely see a virtual representation of the Gear VR controller in many Go apps and games. That’s admittedly only a visual oddity, which doesn’t affect the actual usage. It’s more confusing when you find out that some inventive developers figured out ways to incorporate the heart rate monitor of a Samsung phone into their meditation app — and now ask you to use that non-existent heart rate monitor on your Go.

Coinciding with the launch of the Go, Oculus is also launching a new version of its social Rooms app — and the relaunch is actually really well done. There is a new avatar creation process, and users get to get together in their own customized rooms with up to four friends to watch videos, listen to music together, play Hasbro tabletop games and simply chat with each other.

Users can also meet up in rooms, and then enter other social VR apps together, and the entire experience feels very well-designed and natural. Oculus clearly has big plans for social VR, and this seems like a great starting point.

Oculus is also promising to launch a new venues app as well as a TV app in the near future, both of which is supposed to make it easier to find things to do when you put on your headset. Neither app was ready during the test period though. The TV app is supposed to launch with support for Netflix, Hulu, Showtime, Pluto TV and others later in May.

However, Oculus did line up a number of games and other titles in time for the launch of  the Go, and some of them really make the headset shine. Anshar Online, the aforementioned space shooter, just looks gorgeous, and makes you forget that you only have a $200 device strapped to your head. Virtual Virtual Reality, which has been a hit on Daydream, is finally making its way to Oculus. And Coaster Combat, a VR roller coaster slash shooter, is, pardon the pun, quite a ride.

Go ahead, buy it if you don’t already have a headset

At $199, the Oculus Go is almost a no brainer. If you don’t have a VR headset yet but want to explore the medium without spending an arm and a leg, the Go is the right device for you. If you are already a VR convert, and want to convince others, $199 is also a very giftable price point. And if you have an iPhone, the Go is really the first viable and affordable way to explore mobile VR.

Granted, the Go doesn’t offer advanced tracking, which means that a lot of truly immersive VR remains out of reach with this device. But taking the plunge to high-end VR still requires a significant commitment. Gaming PCs required to run high-end VR cost $800 to $1000, and high-end VR headsets start at $400. Only PlayStation VR is significantly cheaper, especially if you already have a PlayStation 4. But even then, high-end VR requires a lot more setup work, whereas the Go works out of the box.

That being said, there is no real reason to switch if you already have a Gear VR, or even a Daydream for that matter. Mobile VR is what it is — a stepping stone that promises to be a lot of fun until a better version comes around. The iPod that came before the iPhone, if you will.

Virtual reality will truly unleash its potential once high-end all-in-one devices with positional tracking, which combine the ease-of-use of the Go with the immersion of a Rift or HTC Vive, become available to consumers — but that likely won’t happen until next year at the earliest. Until then, the Go is a great entry-level VR device.