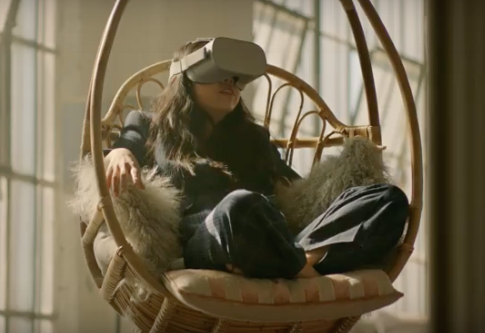 Facebook is going all out with an ad campaign for its entry-level VR headset this holiday season. The company is promoting the $200 Oculus Go with ads featuring Wiz Khalifa, Awkwafina, Jonah Hill, Adam Levine, Behati Prinsloo and Leslie Jones.

The ad also has Leslie Jones relaxing in a bathtub, watching “The Shape of Water” with an Oculus Go headset. Awkwafina is donning a Go to watch an episode of “The Handmaid’s Tale” in VR, and Wiz Khalifa is watching a concert in VR.

It’s worth noting that the spot is focused entirely on media consumption, despite the fact that there are plenty of games available for the Go as well. Facebook is likely going to position the Go as a media consumption device going forward, and promote its upcoming Oculus Quest headset more heavily for its gaming chops.