Netflix is set to occupy even more real estate in Hollywood.

The streaming giant signed a lease with Hudson Pacific Properties to fully occupy all 327,913 square feet of EPIC, its 13-story office development located at 5901 Sunset Blvd. in Los Angeles.

Netflix is planning to move into the building, which is currently under construction, in phases beginning in January 2020. The lease is set to expire in 2031.

Netflix in 2015 first signed a deal for space at the 14-story ICON building, and then leased the entire tower. It relocated its Beverly Hills offices to the new building, moving into the facility in February 2017. Netflix signed a lease for Hudson Pacific’s five-story CUE office building early last year and also leases sound stages and other space at Sunset Bronson Studios.

“We are thrilled that Netflix has selected our groundbreaking EPIC project to accommodate its next phase of growth,” said Victor Coleman, chairman and CEO of Hudson Pacific Properties, in a statement. “With its growing presence at ICON, CUE and now EPIC, we have created a customized, state-of-the-art, creative urban campus that holistically supports Netflix’s unique culture and business needs.”

David Wells, Netflix’s outgoing chief financial officer, “EPIC is part of our continuing investment in L.A. and Hollywood. We’re thrilled to be able to continue to grow our team there.”

EPIC, designed by Gensler, is a vertically stacked and terraced building with panoramic views of the Hollywood Hills, the Pacific Ocean and downtown L.A. The floor-to-ceiling windows and operable glass doors provide direct access to exterior terraces, fire pits, collaboration areas and a rooftop deck with catering pantry. EPIC offers over 25,000 square feet of usable outdoor space, according to Hudson Pacific.

The EPIC building is within walking distance to the LA Metro Red Line, as well as residential, restaurant and retail amenities. 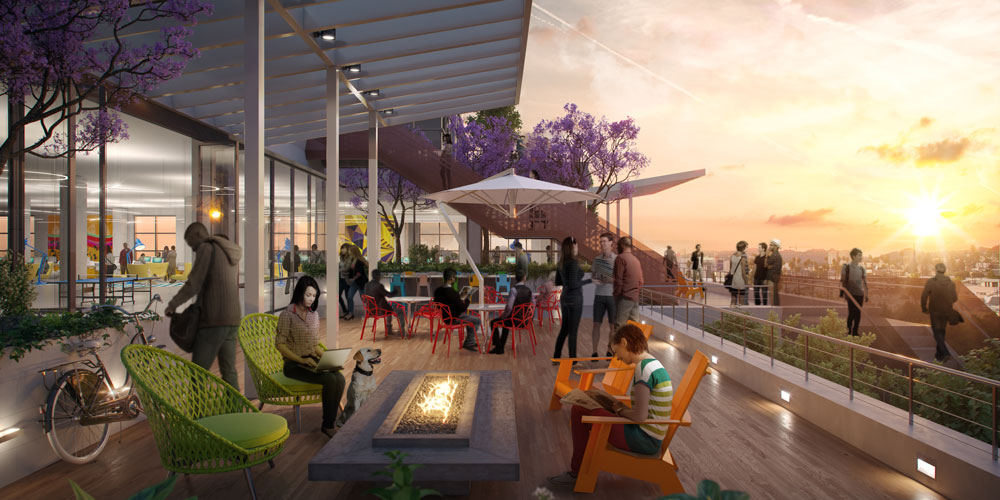