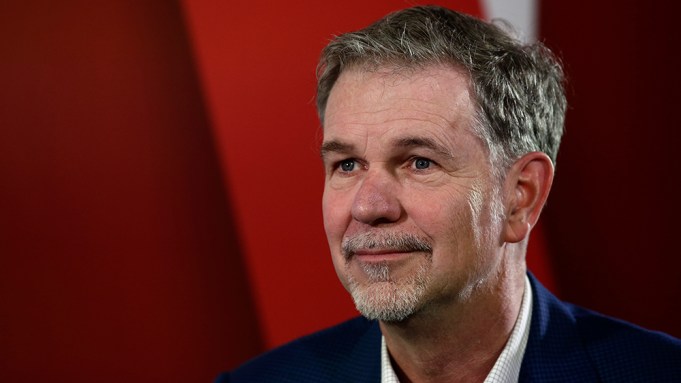 Netflix turned in much stronger results for the third quarter of 2018 than anticipated, sending the streaming powerhouse’s stock climbing in after-hours trading.

During Q3, Netflix netted 1.09 million new streaming subs in the U.S. and 5.87 million internationally. That’s compared with the company’s forecast of 650,000 domestic net adds and 4.35 million overseas for the September quarter — a more conservative outlook than analysts’ previous estimates.

The better-than-expected Q3 results come after Netflix widely missed second-quarter expectations for subscriber growth, which CEO Reed Hastings chalked up to periodic “lumpiness” in the business.

Netflix said the total net additions for the quarter of 7.0 million streaming subs — a new Q3 record for Netflix — were the result of greater-than-expected customer acquisition globally, “with strong growth broadly across all our markets including Asia,” the company said in its quarterly investor letter. Netflix ended the quarter with 137.1 million streaming members worldwide (58.4 million in the U.S.; 78.6 million internationally).

Netflix shares soared as much as 14% in after-hours trading Tuesday. Ahead of the earnings report, the stock closed up 4% for the day, to $346.40 per share.

“We recognize we are making huge cash investments in content, and we want to assure our investors that we have the same high confidence in the underlying economics as our cash investments in the past,” Netflix said in its letter to shareholders. “These investments we see as very likely to help us to keep our revenue and operating profits growing for a very long time ahead.”

On the originals front, Netflix touted the performance of its “Summer of Love” romantic-comedy films. More than 80 million of its subscribers — representing at least 58% of its 137.1 million total worldwide streaming users as of the end of September — watched one of its “Summer of Love” rom-coms over the past few months, and the company said “To All the Boys I’ve Loved Before” was one of its most-viewed original films to date.

Netflix also announced a December launch for awards-contender “Roma” from Alfonso Cuarón, a ’70s-set drama chronicling a year in the life of a middle-class family in Mexico City, with a simultaneous day-and-date release on Netflix and on over 100 screens worldwide. It’s doing the same thing with “22 July,” from Oscar-nominated director Paul Greengrass.

In a prerecorded interview with Netflix execs posted after the earnings announcement, chief content officer Ted Sarandos said Netflix-owned originals are more “efficient” than licensed content (i.e., they get more viewing per dollar spent). Plus, he said, “We don’t have to go through the gun-to-your-head renegotiation every couple years for them.”

The company in its investor letter cited the European Union’s new rules requiring streaming services to allocate at least 30% of their catalogs to European-based productions and that some countries will require services like Netflix to invest a portion of local revenue into European works. “We anticipate being able to meet these requirements by evolving our content offering,” Netflix said in the shareholder letter.

That said, Netflix expressed its opposition to the EU move, saying that “quotas, regardless of market size, can negatively impact both the customer experience and creativity. We believe a more effective way for a country to support strong local content is to directly incentivize local content creators, independent of distribution channel.”

In a move to help it provide more accurate subscriber-trend guidance, Netflix said, starting with its Q4 2018 report (to be released in January 2019) it will provide guidance only for paid memberships; then, in 2020, it will stop reporting on end-of-quarter free trial counts. “Because growth in paid memberships is more steady, our forecast for paid net adds has been historically more accurate than our total net adds forecast,” Netflix said. For example, in Q2 of this year, paid net adds forecast was off by 11% compared with a 17% variance for total net adds forecast.

In addition, for the fourth quarter of 2018, Netflix said it expects to reclassify “certain personnel costs” from G&A (general and administrative) to content and marketing, and from technology & development to “other cost of revenues.” The changes will be to reflect “the ongoing evolution of our business to include self-production of content,” Netflix said, noting that the reclassification would have no impact on total operating expenses, operating profit or operating margin and is intended to provide a clearer picture of marketing and content expenses.