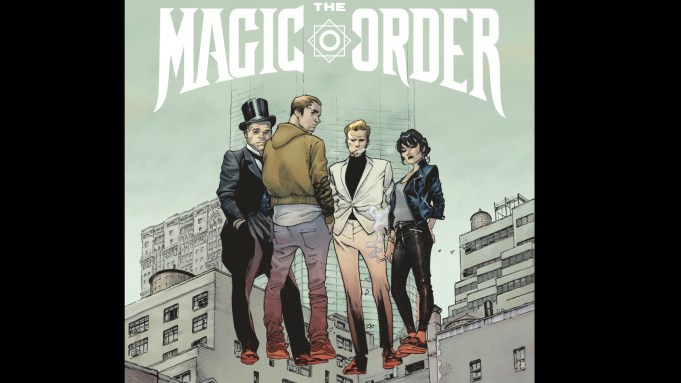 Netflix unveiled the official trailer for its first comic book — “The Magic Order,” written by Mark Millar with art from Marvel superstar artist Olivier Coipel — which goes on sale June 13.

“The Magic Order” series will be six issues long and marks the first franchise Millar has created since Netflix acquired his company, Millarworld, last summer.

In “The Magic Order,” five families of magicians sworn to protect our world must battle an enemy who’s picking them off one by one. By day they live among us as our neighbors, friends and co-workers, but by night they are the sorcerers, magicians and wizards that protect us from the forces of darkness — unless the darkness gets them first.

With Millarworld — Netflix’s first, and so far only, acquisition — the streaming company said it plans to develop films, TV shows and kids’ series based on the comic-book publisher’s portfolio of character franchises, which include Kick-Ass, Kingsman, and Old Man Logan.

Watch the trailer for “The Magic Order” above, or at this link.