Virtual reality is coming to a mall near you: The Virtual Reality Company (VRC) is bringing a new “Jurassic World’-themed VR ride to over 100 Dave and Buster’s locations across the U.S. and Canada next week. The cooperation between the chain, VRC, Steven Spielberg’s Amblin Entertainment and Universal Studios is the biggest location-based VR deal involving a major movie studio property to date.

“Jurassic World VR Expedition,” as the VR ride is being called, combines motion chairs with HTC Vive VR headsets, allowing up to four players at a time to enter the world of the movie franchise together. Once in VR, they find themselves on a quest to rescue as many dinosaurs as they can within five minutes, all the while their vehicle speeds through the wild scenery of Isla Nublar, always close to being stomped on or otherwise getting stuck.

Players can see silhouettes of each other in the experience, and actually compete against each other on the number of dinosaurs they can capture with the help of a scanner.

A promotional photo for the ride, showing the motion chair that will be available at Dave & Busters.

With an opening date of June 14, the experience is timed to come out just ahead of the premiere of “Jurassic World:” Fallen Kingdom.” However, it’s not simply meant as a promotional vehicle. “It’s part of the canon,” said VRC creative director James Lima. His team paid close attention to staying true to the storylines of the franchise, which includes incorporating key dinosaurs known to the audience from the previous “Jurassic World” blockbuster. 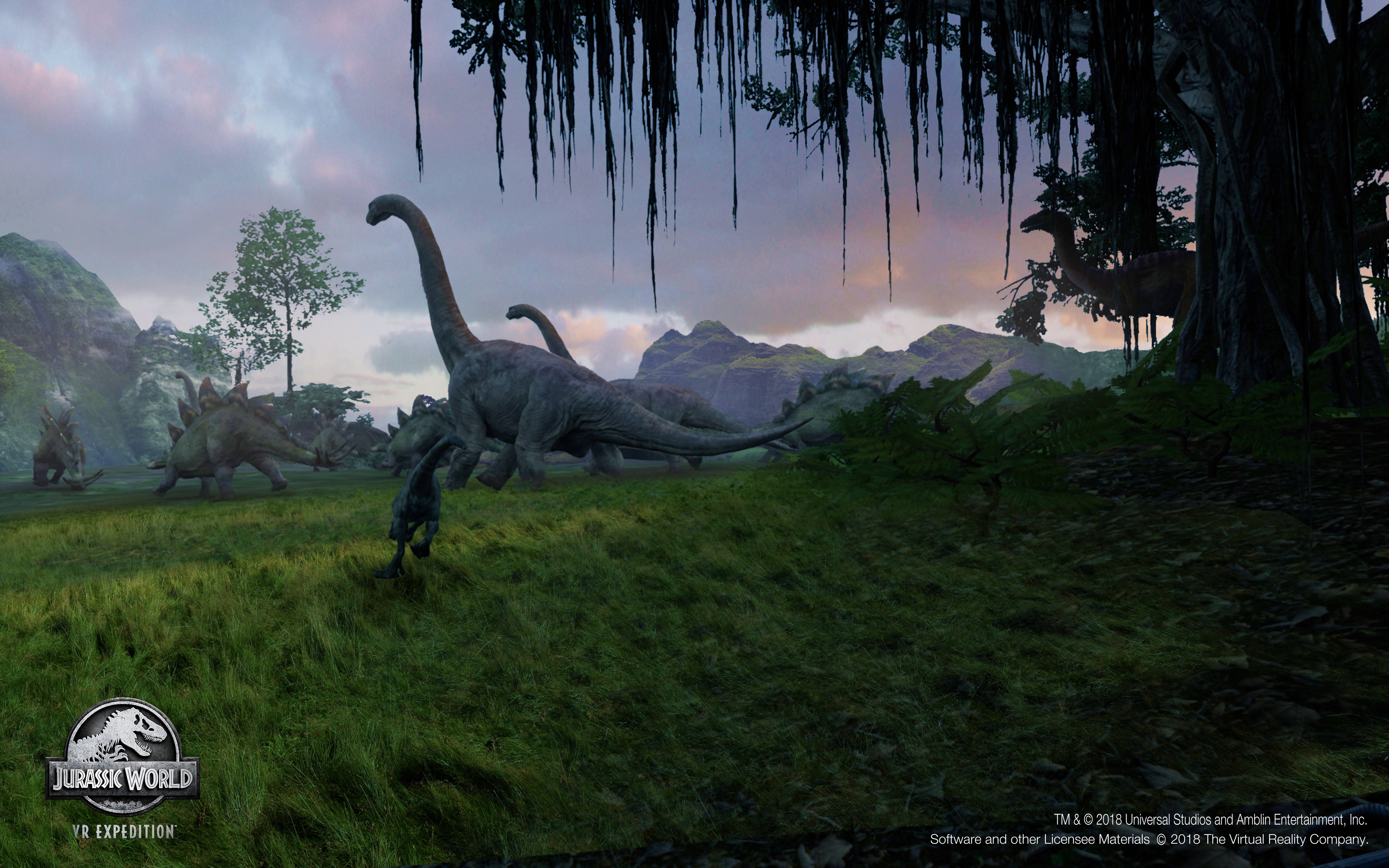 For “Jurassic World VR Expedition,” VRC originally envisioned a much longer run time, and aimed for home-based VR. But when it fine-tuned the experience for location-based entertainment, it decided to go short and avoid a steep learning curve to appeal to audiences with no previous VR exposure. “Simplicity is very, very important,” said Primus. “It is a popcorn ride. It is a popcorn movie,” added Lima.

Location-based VR has long been hailed as a growth opportunity for VR as the home headset market is still catching up to expectations. But while VR arcades have been huge in Asia, stateside, opportunities to experience VR in malls and movie theaters are still limited.

Bringing “Jurassic World VR Expedition” to more than 100 Dave & Buster’s locations has the potential to kickstart the genre, thanks in part to a commitment by the chain to spend $3 million on advertising the ride. “Everybody will have the opportunity to see this,” said Primus.