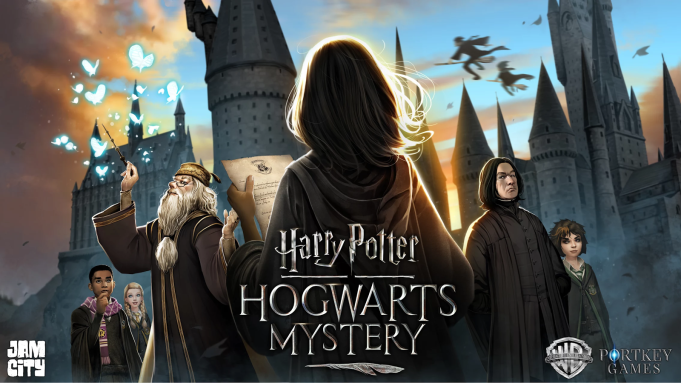 The creators of “Harry Potter: Hogwarts Mystery” — the first game in which players create their own avatar as a Hogwarts student — have released the first teaser trailer and additional details of the title.

The game is set in the 1980s, before Harry Potter’s birth and enrollment at Hogwarts, when Nymphadora Tonks and Bill Weasley were students.

In the role-playing game, players will create a personalized student avatar, attend classes, learn magical skills, form friendships or rivalries with other students, and make pivotal decisions that will influence their character’s story arc — and how other characters regard and interact with them — as they progress through their years at Hogwarts and grow as a witch or wizard.

“Harry Potter: Hogwarts Mystery” players join one of the four Hogwarts Houses before progressing through their years at Hogwarts, participating in magical classes and activities such as Potions and Transfiguration. As players improve their skills, they will unlock new locations, spells and other magical abilities.

Albus Dumbledore, Minerva McGonagall, Severus Snape, and other iconic Hogwarts professors also will appear in the game — as well as the school’s gamekeeper, Hagrid.

Prior to launch, the title will be introduced to fans at the Celebration of Harry Potter event at Universal Studios in Orlando, from Jan. 26-28. That will include two panels hosted by the Jam City team and a “Harry Potter: Hogwarts Mystery” booth with game demos, swag, and the chance to meet members of the game team.

The free-to-play “Harry Potter: Hogwarts Mystery” game will be available for mobile devices via Apple’s App Store, Google Play, and the Amazon Appstore. Info will be available on HarryPotterHogwartsMystery.com as well as on the game’s Facebook and Twitter accounts.