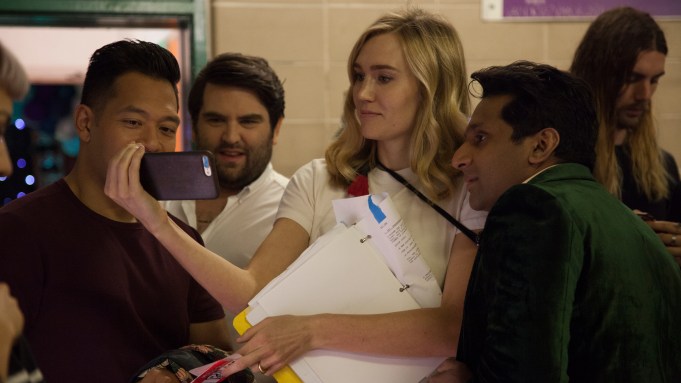 Hulu publicly unveiled the trailer and a behind-the-scenes video for its new virtual reality (VR) comedy “Door No. 1” Friday. The comedy, which was written and directed by Nora Kirkpatrick of “The Office” fame and produced by AOL’s RYOT exclusively for Hulu, is set to debut on the service on May 24.

Door No. 1 is a kind of live-action multiple choice comedy adventure about a ten-year high school reunion. The show puts the viewer into the middle of the action by making her or him a protagonist of the show: Alex, one of the former students attending the reunion.

Alex doesn’t talk throughout the show, but can decide to take multiple paths through the story, and make many bad decisions along the way — it’s a high school reunion, after all.

Most of the actors had never filmed VR before, and they also never had to interact with a character that isn’t really there, directly talking into a VR camera and pretending that someone was reacting to their lines. The cast and crew shared some of their experiences on set in a behind-the-scenes video: