Did LeBron James Let His Hollywood Ambitions Lead Him to the Lakers? 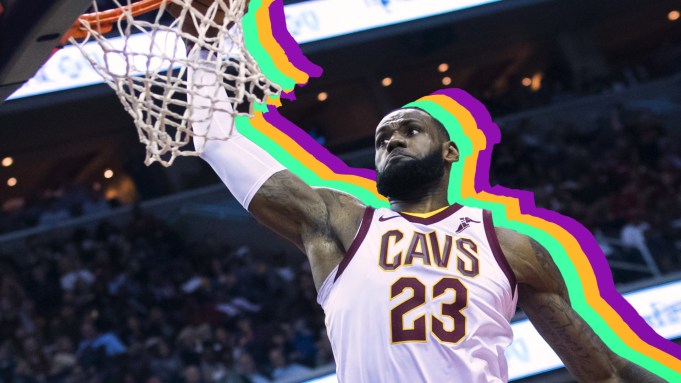 Just a few weeks after LeBron James announced he was becoming a Los Angeles Laker, Variety exclusively reported the basketball legend has lined up what could his next movie project.

It’s a coincidence that will only fuel a theory that started to circulate as the world waited throughout 2018 to see whether James would leave the Cleveland Cavaliers for the Lakers. Surely Lakers general manager Magic Johnson was able to lure James here in part because James is interested in strengthening his ties to Hollywood, where he’s been active both in front of and behind the screen in recent years.

But that’s nonsense, according to insiders close to the new Laker, who say nothing but winning a championship for a storied NBA team motivated James to come to Los Angeles, where he’s maintained a home for years. Of course, they want to make James look like he has nothing on his mind beyond basketball. But I’m inclined to believe it. James has had no problems already building up significant media assets along with partner Maverick Carter, including production company Spring Hill Entertainment and athlete-content platform Uninterrupted. It’s not like proximity has much to do with doing business here in Hollywood; he got plenty done while still in Cleveland.

James may do many more great things in the entertainment business in the coming years. But if that happens, it was bound to be the case no matter what team had him on the roster.