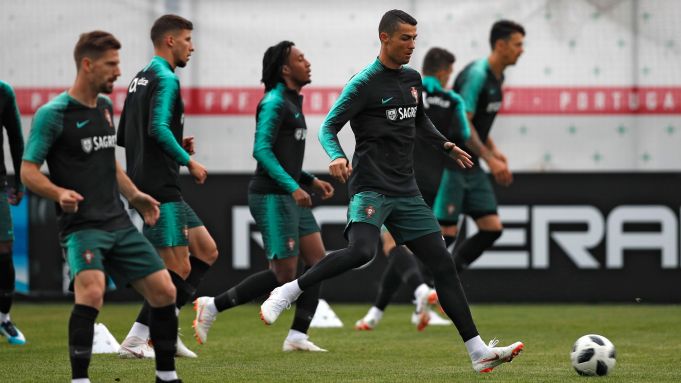 Members of international soccer body FIFA voted 134-65 on Wednesday in favor of a joint North American bid put forward by the three countries over a rival bid by Morocco. It will be the first time since 1994 that the U.S. will have hosted the monthlong soccer extravaganza, and will come two years before Los Angeles welcomes back the 2028 Summer Olympics.

The World Cup remains the second-biggest global sporting event after the Olympic Games and offers a ratings bonanza for broadcasters around the world. Fox, Fox Sports and Telemundo Deportes have U.S. broadcast rights to this year’s tournament – for which the U.S. national team failed to qualify – and also for 2026.

The 80 matches in the 2026 tournament, involving an expanded roster of 48 teams, will be held in stadiums scattered throughout the U.S., Canada and Mexico. The winning bid listed 17 U.S. cities, including L.A., San Francisco, Atlanta, Miami and Philadelphia, as potential match sites; organizers will select 10 of those. Three cities each in Canada and Mexico will also host games.

“Thank you so, so very much for this incredible honor. Thank you for entrusting us with this privilege,” Carlos Cordeiro, the president of U.S. Soccer, said after the decision was announced at a FIFA meeting in Moscow. “At the end of the day, we are all united in football. That’s the spirit of the World Cup. The beautiful game transcends borders and cultures. Football today is the only victor.”

The vote was conducted on the eve of the 2018 World Cup, which is scheduled to kick off Thursday in host nation Russia. The “United” bid from North America went in as the front-runner after inspectors gave it a score of 4 out of 5 in terms of the countries’ ability and readiness to organize an excellent tournament. Morocco’s bid garnered a score of 2.7, along with a stark warning from the inspection team that “the amount of new infrastructure required for the Morocco 2026 bid to become reality cannot be overstated.”

The North American proposal had lined up high-profile backers, including soccer star David Beckham, who said that “the World Cup deserves to be in great places,” and U.S. President Donald Trump, who combined support for the bid with a veiled threat to those that planned to vote for competing offers. “It would be a shame if countries that we always support were to lobby against the U.S. bid. Why should we be supporting these countries when they don’t support us (including at the United Nations)?” Trump tweeted in April.

The U.S. has put together a STRONG bid w/ Canada & Mexico for the 2026 World Cup. It would be a shame if countries that we always support were to lobby against the U.S. bid. Why should we be supporting these countries when they don’t support us (including at the United Nations)?

Worried that rivals might try to turn the vote into a referendum on Trump, who is deeply unpopular in many parts of the world, organizers of the North American bid took pains to dissociate their efforts from politics.

“We believe strongly that this decision will be made on its merits,” Cordeiro, the bid leader, told reporters. “This is not geopolitics. We’re talking about football and what is fundamentally, at the end of the day, the best interest of football and our footballing community….We’ve had no backlash.”

In 2010, the U.S. was a finalist to host the 2020 World Cup but lost to Qatar in a vote that was later discredited – but not reversed – because of widespread corruption in FIFA’s ranks.