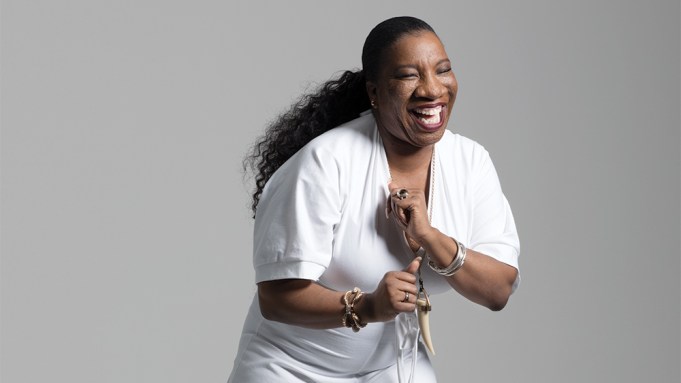 Six months ago, a hashtag started a movement. Actress Alyssa Milano tweeted the message #MeToo, sparking a global conversation on sexual violence. But the Me Too initiative started long before any viral tweet.

Activist Tarana Burke launched Me Too back in 2006, and more than a decade later, Burke — a survivor of sexual violence herself — says there’s still much more work to be done.

“We have had a sustained national dialogue for less than six months, and people are saying it’s too much,” Burke says.

“We’ve got to shift from that,” she adds, urging the conversation to refocus on survivors rather than criticism. “Narrative change in this movement is so important because if we keep on talking about this in the ways that we’re talking about it, we’re going to lose an opportunity.”

Calling out the likes of Alec Baldwin, Sean Penn and self-help guru Tony Robbins, who have all fulminated against Me Too, Burke slams the critics: “How dare you say it’s too much?”

Despite the criticism, Burke is laser-focused on capitalizing on this moment so that she can use her newfound visibility and Hollywood resources to help survivors. She is a lifelong activist who began fighting for human rights at the age of 14 when she organized around the Central Park jogger case in 1989 (and against Donald Trump, who at the time called for a return of the death penalty in the state as punishment for the five black and Hispanic teens who were convicted of the crime but years later turned out to be innocent.)

The Me Too movement is raising funds to “build something that doesn’t exist” — a global community, both online and offline, to help guide survivors of sexual violence. So far, the movement has raised just over $100,000, with Viola Davis being one of the first to donate, after speaking to Burke at this year’s Golden Globes. Burke says she needs more than 10 times that amount to reach her goal of helping survivors reclaim their power.

“We were intentional about not asking for money in the very beginning until we were super clear about how we could scale up the work that we started on a community level in a way that could meet the needs of all of the survivors who we are hearing from regularly,” she explains.

While the discussion surrounding Me Too has become polarizing, Burke points out the severity of sexual harassment and abuse in the workplace and beyond.

“In the first 24 hours of #MeToo going viral, just on Facebook there were 12 million engaged with the hashtag,” she says. “If, in this country, we had an outbreak of some communicable disease that 12 million people got in a 24-hour time period, we would be focused solely on the cure. That’s the difference in how people think about the disease of sexual violence.”