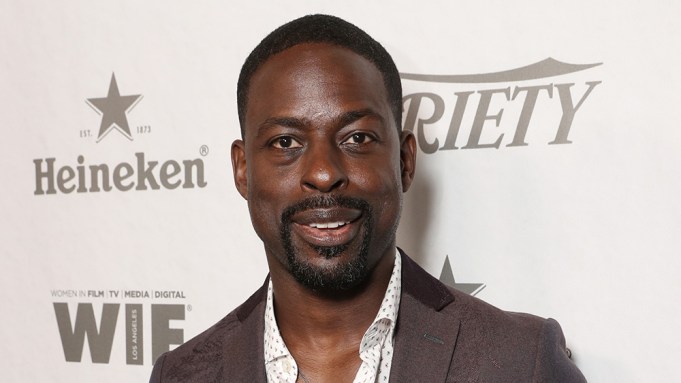 Sterling K. Brown continues to support his “The Predator” co-star Olivia Munn, who spoke up after discovering she shared a scene with a registered sex offender, which was deleted before the film hit theaters.

Munn — who told Twentieth Century Fox about actor Steven Wilder Striegel being a registered sex offender and serving jail time for a sex crime involving a minor — recently said in an interview at the Toronto International Film Festival that she felt isolated discussing the scandal by herself when she felt the rest of her cast should be by her side.

Shortly after Munn’s comments, her co-star, Brown, took to Twitter to support her, tweeting, in part: “I’m sorry you’re feeling so isolated, my dear. And I’m sorry you’ve been the only one to speak up publicly. I was not at #TIFF so I didn’t have an opportunity to be there with you.”

The studio removed the scene in mid-August after Munn notified them of Striegel’s past. The controversy became known to the public right ahead of “The Predator’s” premiere at TIFF, which is where Munn began speaking up about the scandal during press events.

Speaking to Variety on Saturday night at our annual pre-Emmy party at Cecconi’s West Hollywood, Brown elaborated on the matter, saying, “Well, first of all, she felt alone, and that was the first thing that struck me because I wasn’t at the Toronto International Film Festival; I was here. And I get back home and I go on Twitter and I see an interview that she gave, and she said, ‘I felt like no one supported me, I felt vilified.’ And I wanted her to know immediately that she took action, she saw something, she said something, and there’s no reason that she should feel bad about that. She did the right thing.”

“Couldn’t be prouder,” he told Variety. “As soon as they found out about it, they cut the scene. It was a no-brainer for them. It wasn’t a question of whether or not it should stay or not. It was cut and it was done.”

Brown says he has been in touch with director Shane Black, who cast Striegel because the two are friends.

“I have spoken to Shane. I’ve texted with Shane,” Brown said. “He feels awful. I’m led to believe that he was misled by his friend about what transpired.”

Black previously defended his decision to cast Striegel, telling the L.A. Times, “I personally chose to help a friend. I can understand others might disapprove, as his conviction was on a sensitive charge and not to be taken lightly.” He then issued an apology, which read, “Having read this morning’s news reports, it has sadly become clear to me that I was misled by a friend I really wanted to believe was telling me the truth when he described the circumstances of his conviction. I believe strongly in giving people second chances — but sometimes you discover that chance is not as warranted as you may have hoped.”

Despite the casting controversy, “The Predator” is topping the weekend box office with a $24 million opening.