Steph Curry Says He Would ‘Jump’ at the Chance to Act 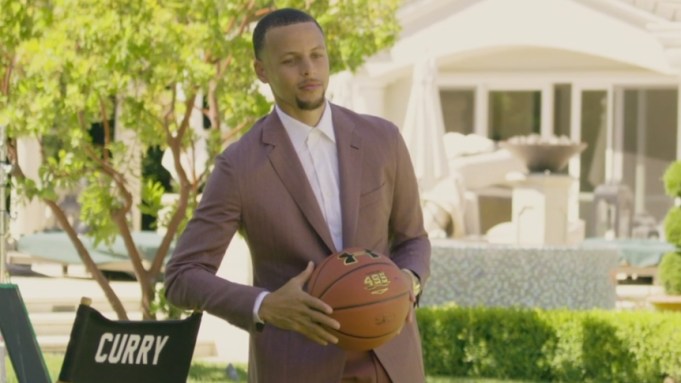 Golden State Warriors star Steph Curry is already a champion on the basketball court, and now the athlete is ready to dribble over to the entertainment business.

In a cover story interview, Curry told Variety he’s keeping his acting options open, biding his time until a slam dunk of a project comes along. The MVP also discussed his favorite shows and movies, as well as the possibility of a music career.

My favorite TV shows are pretty much whatever a six- and three-year old watch nowadays. “Bubble Guppies” and “LoliRock’s” and anything with Barbie stuff in it now. Literally I’ve been thinking about what TV shows I like, and that’s the only thing that will come to my head because you go to our DVR and that’s all that’s on there. I grew up on, like, “Even Stevens.”

My favorite movie not many people know about, “The Count of Monte Cristo.” I don’t know why it’s my favorite movie. It’s kind of got a great — obviously — theme of being down and out in the dirt and clawing your way back to the dream that you had for yourself earlier on in life. It always gravitated toward me, and I love it, so anybody who asked me that question always looked at me sideways like, “It’s a good movie, but I never thought you’d say that.” But that is my favorite movie.

Are you ready to start acting?

If the right project came along and the right opportunity, I would dedicate myself as much as I do to basketball and put the reps in and get with the right coaches — the right instructors — to get me the ins and outs and the tidbits I need to be successful. But I’m not afraid of being in front of the camera, so if that opportunity ever came along, I’d definitely jump for it.

How about a music crossover?

Music — that’s a stretch. I dropped a track with James Harden way back when, and that was the only time I had ever been in a studio, so I’ll leave that to the professionals. Music is not in my game.