Roseanne Barr Returns to Twitter: ‘Don’t Feel Sorry for Me’ 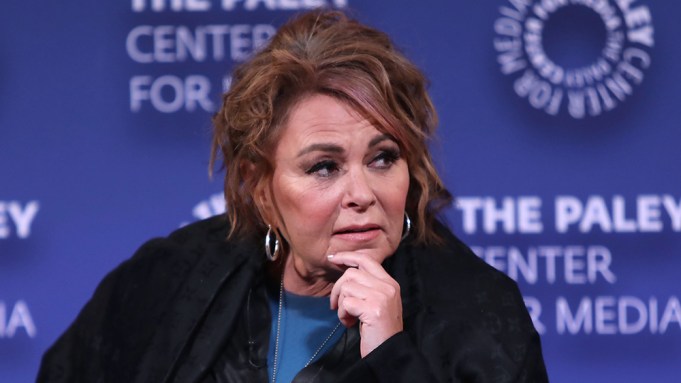 Hours after Roseanne Barr swore off Twitter and her ABC show “Roseanne” was canceled, the star has returned to the platform.

“Don’t feel sorry for me, guys!!” Barr wrote in a tweet. “I just want to apologize to the hundreds of people,and wonderful writers (all liberal) and talented actors who lost their jobs on my show due to my stupid tweet.”

She also apologized personally to Jarrett.

“I want to apologize to you. I am very sorry to have hurt you. I hope you can accept this sincere apology!” she wrote in a tweet to Jarrett. In a second tweet apologizing to Jarrett, Barr wrote that her “whole life has been about fighting racism.”

“I deeply regret my comments from late last night on Twitter. Above all, I want to apologize to Valerie Jarrett, as well as to ABC and the cast and crew of the Roseanne show.”

“I am sorry for making a thoughtless joke that does not reflect my values — I love all people and am very sorry. Today my words caused hundreds of hardworking people to lose their jobs. I also sincerely apologize to the audience that has embraced my work for decades.”

“I apologize from the bottom of my heart and hope that you can find it in your hearts to forgive me.”

Barr also retweeted numerous messages of support and defenses of her original tweet, including from conservative figures such as Jack Posobiec and Thomas Wictor, but later issued tweets asking her fans not to defend her.

“Guys I did something unforgivable so do not defend me,” she wrote. “It was 2 in the morning and I was ambien tweeting-it was memorial day too-i went 2 far & do not want it defended-it was egregious Indefensible. I made a mistake I wish I hadn’t but…don’t defend it please. ty.”

She urged her followers not to boycott ABC as well: “I’m not a censor and they have the right to do what they wish.”

Barr added that she would be on Joe Rogan’s podcast, “The Joe Rogan Experience,” on Friday.

Barr deleted her tweet about Jarrett not long after posting it. She followed it up with an apology that read, “I apologize to Valerie Jarrett and to all Americans. I am truly sorry for making a bad joke about her politics and her looks. I should have known better. Forgive me-my joke was in bad taste. I am now leaving Twitter.”

The tweet in question referred to Jarrett as looking like the offspring of the “Muslim Brotherhood & Planet of the Apes.” Jarrett, an African-American, was born in Iran to American parents.

ABC released the following statement announcing the cancellation: “Roseanne’s Twitter statement is abhorrent, repugnant and inconsistent with our values, and we have decided to cancel her show.”

The revival of the classic sitcom was set to air a 13-episode eleventh season this fall. “Roseanne” was rated the No. 1 scripted primetime television series in the 18-49 demo, according to Nielsen live-plus-same-day numbers, making its cancellation a massive blow to ABC and one that is sure to have an impact on its fall schedule.

@ValerieJarrett I want to apologize to you. I am very sorry to have hurt you. I hope you can accept this sincere apology!

thanks, Kate! This was written by me. I have nothing more to say.

@ValerieJarrett i don't know if u saw it, but I wanted2 apologize to u 4 hurting and upsetting u with an insensitive & tasteless tweet. I am truly sorry-my whole life has been about fighting racism. I made a terrible mistake wh caused hundreds of ppl 2 lose their jobs. so sorry!