Breaking Down the Salaries of Media’s Most Powerful Executives

Before the media landscape gets upended or shareholders take up pitchforks, here’s a breakdown of some of the prominent pay packages from the top ranks of entertainment executives. For more on Variety’s media moolah cover story, click here.

Shakespeare’s love sonnets almost sound dreary compared with the gushing praise the CBS board has showered on Moonves in the company’s 2017 proxy statement. Directors admired his “outstanding leadership,” “vision,” “stellar reputation” on Wall Street and “contributions to the creative successes across the company’s portfolio of businesses.”

Directors’ faith in his golden touch is so absolute that they didn’t blame Moonves for the 6.2% drop in CBS’ adjusted stock price for 2017, although last year they were quick to give him partial credit for the 2016 improvement in CBS’ stock.

But the numbers in the board’s compensation calculations for 2017 tell a more nuanced story, even though the total dollar tally returns Moonves to his perch at the top of the media CEO pack. Moonves’ bonus dropped 38% to $20 million — his annual target — after CBS fell short of its operating income goal for 2017. That hurt, because it accounts for 75% of his bonus calculation. The company beat the free cash flow target, which accounts for the remaining 25%, but not by as much as it did in 2016. Last year’s financials partly reflect the sale of CBS Radio and related restructuring costs. CBS says that if you adjust for those, operating income would have been down 1%, with net income down 3%.

No matter. Moonves collects a pile of stock awards from his multiple contract renewals, including the one he signed last year to stay at the helm to 2021. Those awards increased 37% to $43.7 million. Don’t be surprised if his already astronomical compensation continues to grow. Last year’s contract extension requires the board to consider a new annual “creative bonus” in “special recognition of your leadership and direction in the creation of premium content across employer’s portfolio of businesses.” 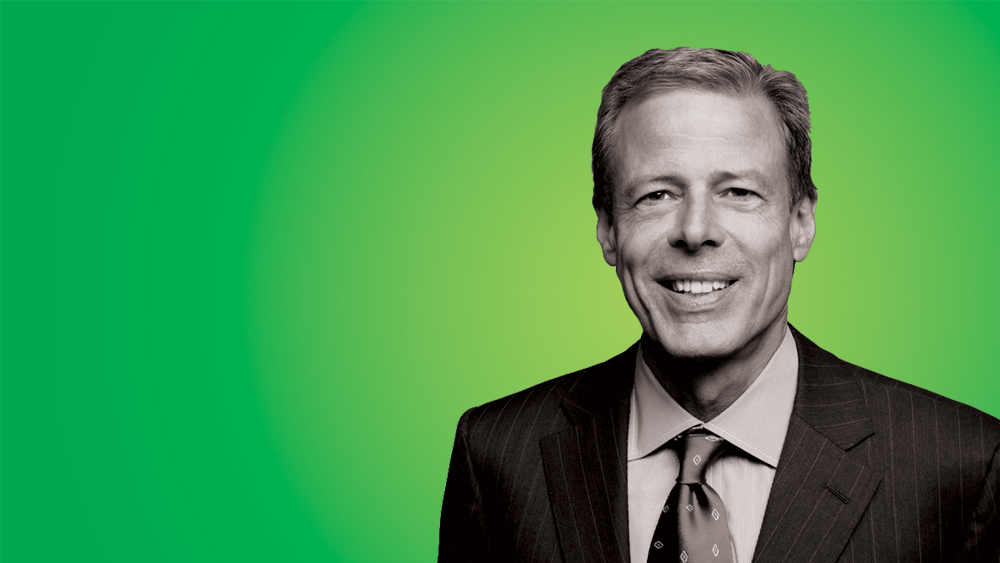 Here’s one sign of how generous media company boards are to their CEOs: Bewkes made 71% more in 2017 than the person he hopes will soon become his boss, AT&T’s Randall Stephenson. The telco chief saw a mere $28.7 million last year, just 366 times the $78,437 median compensation for his company’s employees.

To be fair, there’s a reason for Bewkes’ unusually sweet 2017 package. As an incentive to keep him on board through the AT&T deal, which Time Warner thought would be completed by now, the board doubled his $16 million target long-term annual compensation, paid in restricted stock, with the understanding that he’ll get nothing in that category this year. If you take out the portion that ordinarily would be attributed to 2018, then Bewkes made only 439 times the pay for an average Time Warner employee.

Still, the board looked favorably on the job the CEO did in 2017. Some 70% of his bonus comes from Time Warner’s financial performance compared with targets the directors set early in the year. The remaining 30% represents their subjective assessment of his personal performance. And in both cases, they figured he deserved 147% of his $10 million target — just a little shy of the 150% cap on that award.

Shareholder advisory services traditionally hate Discovery’s compensation practices, but the board doesn’t seem to mind. It approved a generous raise for Zaslav, crediting his “dynamic leadership,” even as it acknowledged that the company’s stock lagged behind its peers.

The increases were virtually preordained by the CEO’s 2014 contract, which rocketed his compensation that year to an eye-popping $156.1 million. Annual sweeteners in the deal contributed to the 40% increase in his 2017 option awards, to $15.6 million.

The 2014 contract also propelled a 9% increase in his 2017 bonus, to $8.1 million. Discovery agreed to raise the target $600,000 a year to 2018; that guaranteed an 8% lift if directors merely considered his performance to be unchanged from 2016. Turns out they raised their assessment a tick last year, awarding him 97% of his new target, versus 96% of the lower target in 2016. Directors said that Zaslav met 94% of their subjective qualitative goals, up from 92% in 2016. His score for meeting financial targets was unchanged, at 99.9%.

The real Magic Kingdom at Disney must be in the boardroom, where Iger seems to cast a spell on directors every time they determine his compensation.

Consider, for example, the terms of the contract extension he signed in December, designed to keep him at Disney through 2021. The board raised his base salary by $500,000 to $3 million, and gave him 245,098 restricted stock units that will vest over four years.

But if Disney completes its acquisition of Fox’s major entertainment assets, Iger’s salary rises to $3.5 million. His target annual bonus jumps to $20 million from $12 million. Plus there’s his annual long-term incentive award targeted at $25 million, with an opportunity to make 200% of the target. And there are another 687,898 stock units waiting for him if Disney’s total shareholder returns hit some undisclosed metrics. (He could receive nothing if the goals aren’t met, and 150% of the units if Disney achieves what the board calls “the high end of the performance range.”) When Iger leaves the CEO job, he can serve as a consultant for five years — up from three in the previous contract — collecting $2 million per year plus security services.

The sweet new contract should relieve the sting of the 17.3% drop in Iger’s total compensation for 2017. Directors appear to have found his performance to be merely impressive, not as astounding as in 2016.

Lionsgate has made no secret of its desire to get bigger, something that Felt­heimer’s compensation package routinely achieves. The CEO has been instrumental
in keeping Lionsgate competitive despite the challenges it faces from much larger Hollywood players such as Disney and Comcast.

Feltheimer has been richly rewarded for his efforts, enjoying a massive raise in total compensation for 2017 as part of his 2016 contract, which included five years of frontloaded options. He brought home $35.3 million in 2017, roughly $34 million of which came in the form of bonuses and equity awards.

There are rumblings that Feltheimer and his team are being too generously paid for their efforts. Critics note that Lionsgate spends more of its enterprise value paying its executives than the companies in its peer group. The Lionsgate chief collected an extra $5 million bonus for buying Starz, and his upcoming 2018 tally will include a special $3 million bonus for selling Epix.

Roberts has no reason to complain about his 2017 compensation: The board raised his base salary by 3%, to $3.1 million. That helps with his bonus, which is targeted at 300% of his salary.

It didn’t pay off this time — mostly because the company fell short of an unspecified “customer experience” metric that contributes to the formula for his bonus. Directors figured he deserved $9.1 million, or 98% of the target, with no credit for “customer experience.” That’s down from 118% in 2016, when the category added 22 percentage points to the tally. Comcast says that although it didn’t achieve its customer experience goal in 2017, the company did see improvements in other key customer metrics, such as “reducing customer calls handled by our agents and increasing the percentage of customers interacting with us only digitally.”

Directors didn’t put Roberts on hold. Comcast increased by 5%, to $4.4 million, its contribution to his deferred compensation plan — which guarantees him a sweet 12% annual return.

Roberts, who controls a third of Comcast’s voting shares, might feel a little envious of NBCUniversal CEO Steve Burke’s $46.5 million package, up 1%. This was the second consecutive year Burke made more than his boss. That’s due in part to a $10 million additional stock option the board awarded “to incent him to continue to make decisions that build long-term value for NBCUniversal.” It vests in 2023. The board says that the time frame should “strongly align Mr. Burke’s compensation to NBCUniversal’s future performance and to shareholders’ interests over the long term.”

It’s the end of an era at the house that Rupert built. Fox is selling much of its television and film empire to Disney, leaving Murdoch and his sons, James and Lachlan, in control of a much reduced media kingdom. Murdoch, after ceding the CEO role to James in 2015 and sharing the chairmanship with Lachlan, took a more hands-on role in his businesses last year, managing the day-to-day operations at Fox News as the division digs out from the Bill O’Reilly and Roger Ailes sexual harassment scandals. Murdoch’s bonus could have been impacted, but the compensation committee “did not reduce the qualitative portion” of the award after assessing management’s compliance with ethical guidelines. In fact, Murdoch got a shout-out for making “significant changes” at the news channel.

He took a pay cut, reducing his total compensation package by more than 15%, but he’s still well rewarded for his work, as are his sons. Lachlan and James each made more than $20 million in total compensation. Rupert’s salary of $7.1 million is augmented by $10.5 million in bonuses and $5.4 million in equity awards. He also racked up more than $100,000 in private plane travel and received a $21,000 car allowance.

Hastings is the rare executive to have one foot firmly planted in both Hollywood and Silicon Valley, but his compensation structure is more closely aligned with the pay packages of tech executives; it’s heavy on equity awards and light on salary. In fact, Hastings’ $850,000 base income doesn’t even put him in the seven-figure club. But the Netflix founder more than makes up for it in other forms of compensation, receiving $21.2 million in annual stock option allocations and monthly stock options of $1.6 million.

There are a few old-school perks for the streamer-in-chief as well: namely two private aircraft that Hastings owns but leases to Netflix. In 2017, the company reimbursed him $759,164 for business-related travel on the planes. Ted Sarandos, Netflix’s chief content officer and the company’s envoy to the television and movie world, also earns a kingly $22.4 million, the bulk of which is in stock options and bonuses. With a market cap surpassing those of Time Warner and Viacom — and one that approaches that of Disney — Netflix is no longer a new media upstart. It’s becoming an overlord, so Hastings and company should expect to be paid accordingly.

Bakish has been a bargain for Viacom’s shareholders, especially compared with the $93 million that Philippe Dauman took in during his final year as CEO and the $53.6 million interim head Tom Dooley brought in during his brief time at the helm. Those packages include tens of millions of dollars that both men received as severance. Since then, Viacom has reined in the spending, capping Bakish’s performance-based bonus and limiting his possible exit package.

It’s unclear how much longer the Viacom CEO will be in power. Viacom vice chairman Shari Redstone is trying to merge the company with CBS, a move that could elevate Moonves over Bakish.