Lena Waithe Applauds Time’s Up Progress: ‘We Can’t Afford to Go Back’ 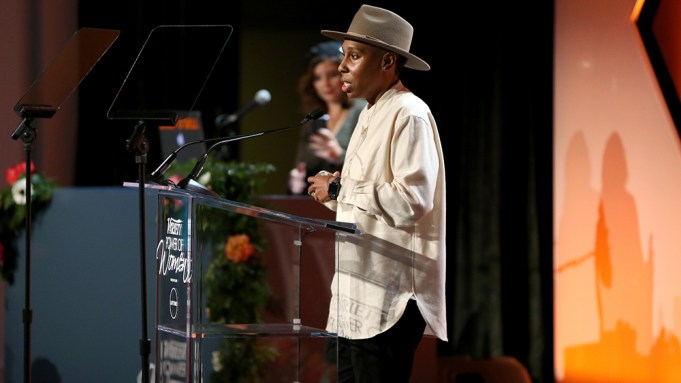 A year after the watershed moment that sparked the #MeToo movement, Lena Waithe praised Time’s Up for bringing women together.

“I can’t remember a time in this industry when women have huddled together,” Waithe said at Variety’s Power of Women presented by Lifetime. “When we’ve all gotten on the same page. When we’ve gotten on group emails and text threads. Not just to discuss strategy, but to share baby photos and encouraging words.”

At the annual luncheon held Friday at the Beverly Wilshire Four Seasons Hotel in Beverly Hills, Calif., Waithe said with the progress that has been made, she remains optimistic about the future.

She hopes that women continue to stand together.

“We can’t afford to go back. The next generation of artists, writers, actors, directors and activists will look at this time and know — that when we had a chance to make a change… we did,” she said.

“They’re in the business of saving lives,” she said. “They remind our youth that they are loved. They remind them that their lives are precious. And the world is a better place because they’re in it. They’re doing God’s work.”

Waithe recalled getting her start in the industry, when she went to meetings and saw trade magazines touting Hollywood moguls, movie stars, and studio heads on the cover. She recognized how much it will mean to aspiring artists to see someone like her being recognized.

“Now some young writer with dreams bigger than their stomach will look at any one of these covers and will be inspired to go in that general meeting and slay that shit,” she said.