Accuser Lauren Sivan Reacts to Harvey Weinstein’s Arrest: ‘He Should Be in Jail’ 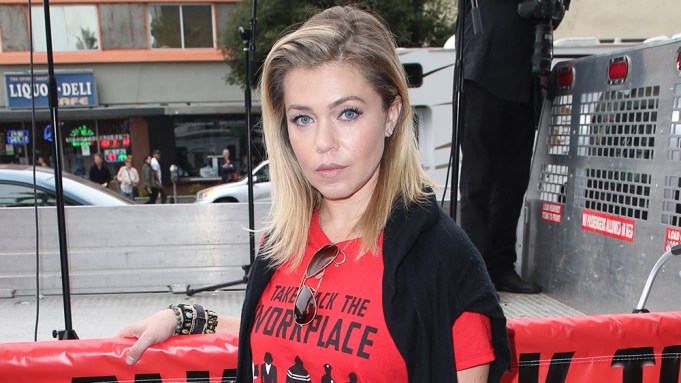 “A year ago he was still king of the castle.”

That’s what Harvey Weinstein accuser Lauren Sivan realized, reflecting on the fallen movie mogul, hours after he was arrested in New York City on Friday.

“A year ago, no one would have dreamed he would be taken down by a group of fed up women who were screaming the truth, but never listened to,” Sivan said, speaking with Variety the same day as Weinstein’s arrest.

Sivan was one of more than 80 women who have accused Weinstein of sexual harassment, assault or rape.

Despite being charged with rape and a criminal sex act, today, the disgraced movie producer still maintains his innocence.

Weinstein pleaded not guilty and paid $1 million dollars on bail. He agreed to not leave the New York State or Connecticut without court permission, and has also agreed to wear a GPS tracking device. His attorney says Weinstein maintains that all sexual acts were “consensual.”

“No surprise here,” Sivan says, in reaction to Weinstein’s plea.

“I really, really hope he is convicted and goes to jail. He should be in jail. Those women have suffered for years. He needs to feel a bit of it. His arrogance and smirk today just proves this.”

Sivan believes Weinstein’s arrest will impact the way sexual harassment is viewed in society. “I think, if anything, we have contributed to victims finally being believed. That’s huge.”

“It is a turning point,” Sivan says. “What everyone said would never happen, happened — and it took a group of fierce, fearless women to take him down. I am proud to be among their ranks.”