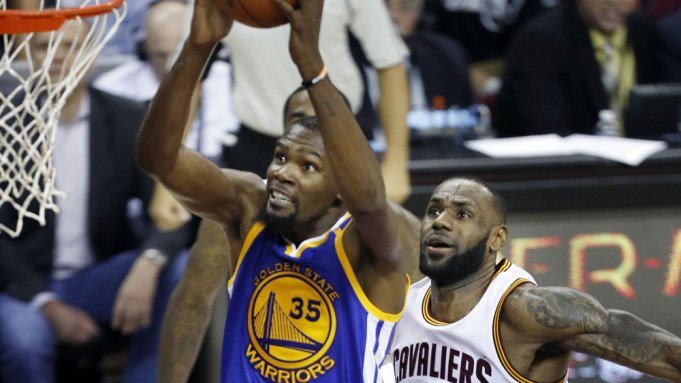 Kevin Durant might still be celebrating the Golden State Warriors’ most recent NBA championship win, but LeBron James is the new talk of the town.

During a keynote Q&A at Variety’s Sports and Entertainment Breakfast on Thursday at the Beverly Hilton, Durant spoke about James’ recent historic signing to the Lakers and his work with his business partner, Maverick Carter. Durant says James chose his new team based on both entertainment industry opportunity and the basketball environment.

“I think really great ones like LeBron have the opportunity to pick both,” Durant said. “Have a great basketball environment, but also live in a place to help his business advance. He’s earned that right to make those decisions.”

Variety first reported last week that James is also in early talks to star in an untitled comedy.

Durant praised James’ decision to move to Los Angeles, saying other basketball players are able to benefit from seeing him expand his empire off the court.

“I’m excited he took advantage of this opportunity to be in L.A. and play for the Lakers. It’s great that he decided to take his career to the next step,” he said. “To be here in L.A. is only good for him and for us basketball players to see that.”