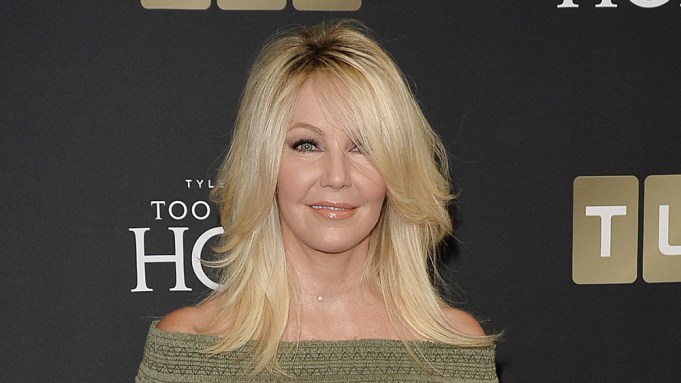 UPDATED: Heather Locklear was arrested on Sunday night for allegedly assaulting a police officer and an ambulance worker, according to the Ventura County Sheriff’s Office.

She was released on Monday after posting $20,000 bail. Locklear, best known for roles on “Melrose Place” and “Dynasty,” was taken into custody around 11:30 p.m. on Sunday. A court hearing is set for Tuesday.

According to TMZ, Locklear was reportedly intoxicated late Sunday night when a family member called 911. When authorities arrived, she allegedly began to attack the officer. Captain Garo Kuredjian, a spokesman for the sheriff’s office, did not offer many specifics, beyond saying the actress faces two counts of misdemeanor battery — one related to attacking an officer, the other involving assaulting a member of the emergency personnel team.

Locklear has made headlines in recent months for her tempestuous personal life. Last week, she was hospitalized and underwent a psychiatric evaluation. According to reports, Locklear’s mother called 911, claiming that Locklear was acting erratically and threatening suicide.

This is the second time the actress was arrested for allegedly assaulting a police officer. In February, she was charged with one count of domestic violence and three counts of battery on emergency personnel. Locklear has been in trouble with the law before that as well. She was arrested in 2008 on suspicion of driving under the influence. Additionally, Locklear and ex-fiance Jack Wagner were ordered to appear in court in 2012 after a violent fight.

Over the years, Locklear has sought treatment for depression and anxiety and reportedly went through drug rehabilitation after being hospitalized for mixing prescription drugs and alcohol. Locklear last appeared in the TV series “Close to Home” and filmed a guest spot on “Fresh Off the Boat.”
Comments
Loading comments...