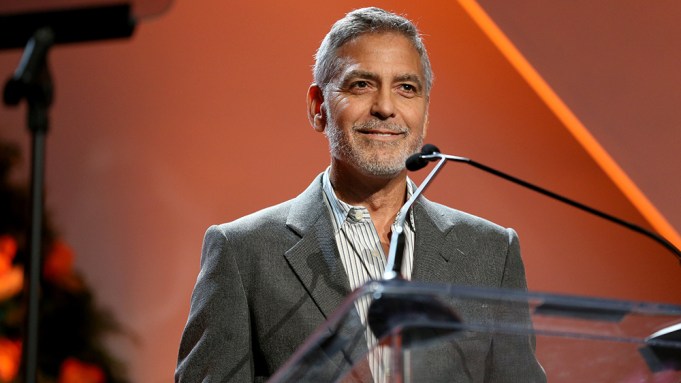 George Clooney didn’t shy away from criticizing the Trump administration’s culture of hate and disbelief while introducing Emma Gonzalez at Variety’s Power of Women event. But that doesn’t mean he’s given up hope.

After introducing himself as “Amal Clooney’s husband” (“I know, I know, I can read this room,” he joked), the actor called out the current administration’s work in creating “a time where fear is our stock in trade” before highlighting the numerous hateful stances it has taken toward people of different religions, races and genders.

“Fear of Muslims. Fear of immigrants. Fear of minorities. Fear of strong women,” he said. “And because our government needs us to be afraid, the question is, are we really scared of all the things that actually make America great? And if the answer is yes, then we’ll have history to answer to. Because these are the ideas that will define us for generations.”

Clooney warned that the government’s actions would have repercussions, especially with the upcoming midterm elections in November.

“When you call an entire religion your enemy, you might very well make an enemy out of an entire religion. When you tell a whole race of people that you value them less, you can’t be surprised when they question your values. When you tell women that coming forward to testify about their abuse is a joke, don’t be shocked when they’re standing on your lawn, laughing on Nov. 7,” Clooney said.

He continued, “After all the jokes, and insults, and reality show frenzy, what will be remembered, what will stand the test of time, is holding responsible these wolves in wolves’ clothing.”

He highlighted Gonzalez’s speech at the March for Our Lives campaign in March, during which she stood in silence for six minutes and 20 seconds, the same amount of time a school shooter took to massacre 17 students at Marjory Stoneman Douglas High School in Parkland, Fla.

Gonzalez, Clooney said, became an overnight expert when it came to gun control, and it’s her heart that is one of the driving forces for change today.

“She made us listen to her heart,” Clooney said. “A heart that believes that we as a country can be so much better. A heart that called for adults to act like adults so children don’t have to.”