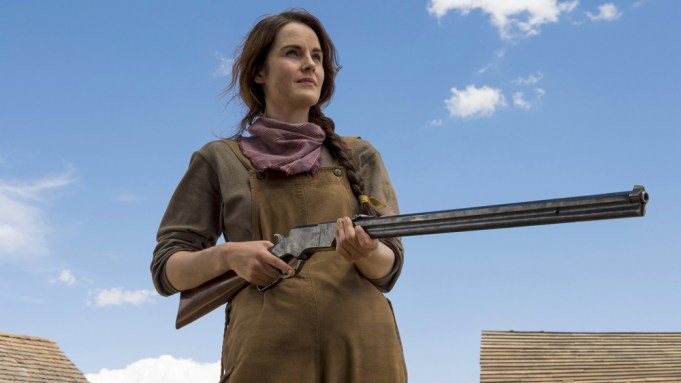 Five years after Netflix scored its initial Emmy nomination for its first original series, the streaming giant has reached another milestone in breaking HBO’s 17-year streak of dominance in the annual Primetime Emmy Awards nominations derby.

Netflix’s narrow edge over HBO in total noms (112 vs. 108) is rich with symbolism at a moment when the entertainment industry’s old guard is scrambling to reorient a big part of its business operations to reflect the Netflix effect — i.e. making a boatload of original programming available via commercial-free streaming in a 24/7 on-demand format. It’s an incredible feat, pulled off in what feels like a blink of an eye for many industry veterans.

HBO’s ascent over perennial Emmy darling NBC in the early 2000s signified the center of gravity in the TV industry shifting from broadcast to the pay-TV universe. Today, Netflix’s Emmy nominations haul reflects the white-hot momentum at the company that is writing eye-popping nine-figure checks to lock up top creative talent in exclusive deals.

Netflix is outspending HBO by a huge margin in programming, with an estimated budget of $8 billion this year compared to HBO’s $2 billion. All of that money helped Netflix pull ahead after coming in just behind HBO last year (with 91 noms to HBO’s 111). The need for greater financial firepower to push HBO was a driving force behind Time Warner’s decision to merge with AT&T.

Netflix has taken a few pages from HBO’s kudos playbook by diversifying its Emmy contenders base. This time around, Netflix was up for the limited series categories with “Godless” and “Seven Seconds,” for numerous documentaries, and even the nebulous informational series or special category for David Letterman’s return to TV (at a salary of $2 million an episode) with the interview series “My Next Guest Needs No Introduction.”

Netflix chief content officer Ted Sarandos took in the good news while attending the annual Allen & Co. conference for media, tech, and banking moguls in Sun Valley, Idaho. He was gratified by the depth and breadth of the recognition from the Television Academy.

“I’m most happy that the nominations were spread out among 40 different shows. That’s a tribute to all the people who worked on those shows,” Sarandos told Variety. “I’m glad we have so many people happy today.” He was gracious in crediting HBO for “setting the bar so high” for achievement in Emmy nominations. HBO holds the Emmy record for most nominations for a network in a single year in 2015 when it raked in 126.

In this context, the exponential growth of Netflix programming makes HBO’s passel of noms impressive given that it has fewer programs overall to put up for contention. Among programs earning five or more noms this year, Netflix had eight while HBO served up seven. Netflix also did it without its original horse in the race, as “House of Cards” was ineligible this time around.

HBO notably claimed the top two most-nommed programs, “Game of Thrones” (with 22 bids) and “Westworld” (21, in a tie with NBC’s “Saturday Night Live”). Netflix’s top program nominee was “The Crown,” with 13, followed by “Godless” and “Stranger Things” with 12 apiece. HBO also got big assists from its freshman Bill Hader comedy “Barry” (13) and made-fors “Fahrenheit 451” (five) and “Paterno” (two), and the return of “Curb Your Enthusiasm” (four). One of HBO’s biggest Emmy-bait programs, reigning comedy series champ “Veep,” was ineligible this year after grabbing 17 bids last year.

The heated Netflix-HBO duel also underscores the wealth gap between the two subscription giants and the rest of the prestige TV pack. The 220 noms for Netflix and HBO combined are equal to the combined total of its next five most-nommed competitors: NBC (78), FX (50), CBS (34), ABC (31), and Hulu (27).

The absence of “Better Call Saul” from this year’s race (it did not air in the June 2017 through June 2018 eligibility window) hit AMC hard. Last year the cabler grabbed 13 noms, with “Saul” accounting for nine. This year it has one bid, in the short-form drama/comedy series category for “The Walking Dead” offshoot “Red Machete.”

Emmy voters once again demonstrated their bias toward incumbency, with repeat noms dominating many of the top series and acting categories. But there were examples of voters exploring the outer reaches of the TV universe.

The show that continues to defy Emmy gravity is VH1’s workhorse “RuPaul’s Drag Race.” It tied NBC’s “The Voice” as the most-nommed unscripted series with 10 mentions, up from seven for “RuPaul” last year. Host RuPaul Charles has claimed the Emmy for reality-competition host for the past two years, and will be back on the Emmy catwalk looking for a three-peat.