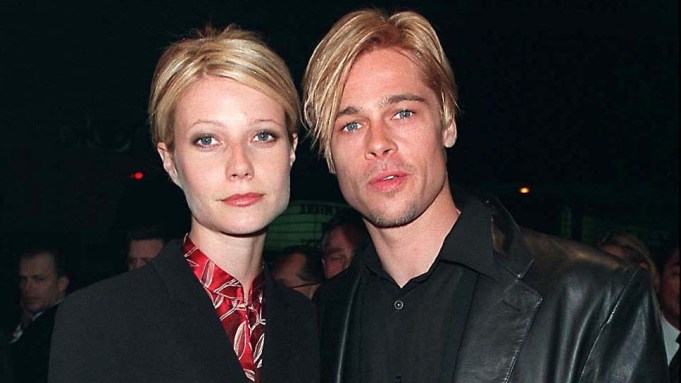 With Harvey Weinstein set to turn himself in to the New York police Friday, Gwyneth Paltrow revisited her own experiences with the disgraced mogul in the 1990s, revealing that Brad Pitt threatened to kill Weinstein after she told him of the alleged sexual harassment she experienced at the hands of Weinstein.

During an interview on Howard Stern’s Sirius XM radio show Wednesday, Paltrow said she immediately told her then-boyfriend Pitt when Weinstein asked her for a massage while the two were alone in a hotel room. Pitt confronted the producer when the three attended the opening of “Hamlet” on Broadway.

“It was the equivalent of throwing him against the wall,” she said.

Pitt then allegedly told Weinstein: “If you ever make her feel uncomfortable again, I’ll kill you.”

Paltrow had already signed on to make two movies with the producer, so she was particularly disconcerted by the hotel room incident. The actress expressed her approval of Pitt’s actions: “He leveraged his fame and power to protect me at a time when I didn’t have fame and power yet,” she said.

Weinstein has been accused of sexual harassment, assault, and other inappropriate behavior by more than 50 women, all of which he has denied. The Manhattan district attorney’s office is expected to charge Weinstein Friday regarding a case involving allegations of forced oral sex from Lucia Evans.