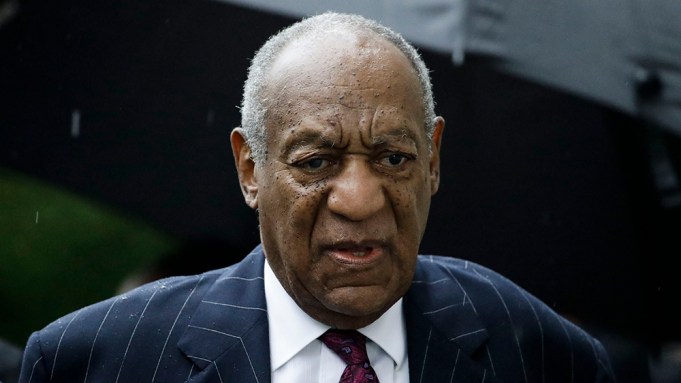 Bill Cosby eluded accountability for decades thanks to small decisions by a lot of people. There were prosecutors who decided they didn’t have quite enough evidence. Reporters and editors who chose not to harp on unsavory allegations about America’s TV Dad. A host of entertainment industry enablers who helped with payoffs or just looked the other way.

At the center of the story were Andrea Constand and her mother, Gianna, who first came forward to seek justice in January 2005. When the news broke, Cosby was in the midst of a national tour in which he lectured African American parents on personal responsibility. He was so revered that the Washington Monthly had just put him on a list of presidential contenders for 2008. “A successful, much-loved black man touting education and family values — what’s not to love?” the magazine asked, adding a “possible disqualifier: Has admitted cheating on his wife.”

Constand first went to the police in Ontario, Canada, who referred the case to the Cheltenham, Pa., Township Police. A few weeks later, the Montgomery County D.A., Bruce Castor, declined to file charges, finding there was “insufficient credible and admissible evidence” to bring a case and noting that it had taken Constand nearly a year to come forward. Constand’s allegations were laid out in painstaking detail in a civil suit filed on March 8, 2005, and they have remained consistent ever since.

What has changed is the culture. In 2005, Cosby faced sexual assault allegations from 13 women, and yet the story did not get sustained media attention outside of Philadelphia. Cosby ultimately paid Constand $3.8 million to settle the case, and it essentially went away. In the fall of 2014, a Hannibal Buress routine about those allegations went viral, and suddenly dozens more women came forward. Maryclaire Dale was an Associated Press reporter who had covered the Constand suit, and had tried without success to get access to sealed court records. She decided to give it another shot, and the AP petitioned U.S. Judge Eduardo C. Robreno to unseal documents that included excerpts from Cosby’s deposition.

Robreno had denied the AP’s original request in 2006, noting in passing that the case did not “involve a matter of public concern.” But in July 2015, he reversed himself, finding that Cosby’s conduct was indeed a subject of legitimate public interest.

“Defendant has donned the mantle of public moralist and mounted the proverbial electronic or print soap box to volunteer his views on, among other things, childrearing, family life, education, and crime,” Robreno wrote. “[T]he stark contrast between Bill Cosby, the public moralist, and Bill Cosby, the subject of serious allegations concerning improper (and perhaps criminal) conduct, is a matter as to which the AP — and by extension the public — has a significant interest.”

In the deposition, Cosby had been asked about providing Quaaludes to women. He answered that he would offer them, “The same as a person would say, ‘Have a drink.'” Hearing Cosby admit to such conduct in his own words galvanized the movement against him. It also gave fresh evidence to detectives and prosecutors, who reopened the criminal case.

That fall, First Assistant D.A. Kevin Steele ran against Castor for district attorney, and ran a TV ad blasting him for failing to prosecute Cosby in 2005. Castor, who was seeking a return to the job after an eight-year absence, could read the public mood about the case. He ran his own ad arguing that fresh information only came to light after he left office, and claiming that Steele should have prosecuted Cosby but instead “sat on his hands.”

Steele won the election and he announced the charges against Cosby in December 2015, days before the statute of limitations expired.

After a mistrial in 2017, a jury convicted Cosby in April. In a press conference, Steele said Cosby “was a man who had evaded this moment for far too long. He used his celebrity, he used his wealth, he used his network of supporters to help him conceal his crimes. … Now, we really know today who was really behind that act, who the real Bill Cosby was.”

Of course, the information had not been concealed — it had been knowable for more than a decade. But we finally knew.