Asia Argento Mourns Boyfriend Anthony Bourdain: ‘I Am Beyond Devastated’ 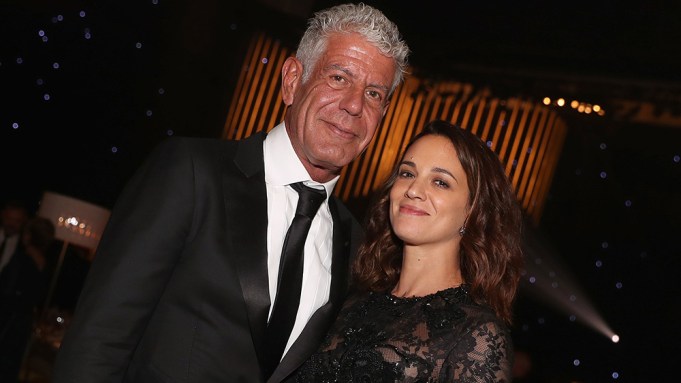 Anthony Bourdain’s girlfriend, Italian actress Asia Argento, has released a statement after the television chef died by suicide at age 61 on Friday. Following official confirmation of Bourdain’s death from his employer, CNN, Argento took to Twitter on Friday to pay tribute.

“Anthony gave all of himself in everything he did,” Argento wrote. “His brilliant, fearless spirit touched and inspired so many, and his generosity knew no bounds. He was my love, my rock, my protector. I am beyond devastated. My thoughts are with his family. I would ask that you respect their privacy and mine.”

Argento and Bourdain had been together since last year when they met while filming Bourdain’s series “Parts Unknown.” Bourdain had been a vocal supporter of Argento, who was one of the women who accused Harvey Weinstein of rape. Bourdain frequently defended Argento, as well as others who came forward with accounts of sexual assault and harassment, up until his death.

Rose McGowan, another one of Weinstein’s accusers and an outspoken figure of the Me Too movement, also took to social media to mourn Bourdain. “Through space and time, Anthony,” the activist tweeted along with a photo of Bourdain taken from Argento’s Instagram account. “Your love will find you again.”

Through space and time, Anthony. Your love will find you again. pic.twitter.com/XBod1vDZ8k

Word of Bourdain’s death comes on the heels Kate Spade’s death by suicide just earlier this week. McGowan also tweeted the contacts of several crisis hotlines around the world. “Please reach out for help,” she wrote. “Please know that your family is not better off without you. Numbers below.”

Please reach out for help. Please know that your family is Not better off without you. Numbers below. pic.twitter.com/MBy461iw9F