Lady Gaga, Bradley Cooper Pulled Off a Near-Impossible Feat During ‘A Star Is Born’ 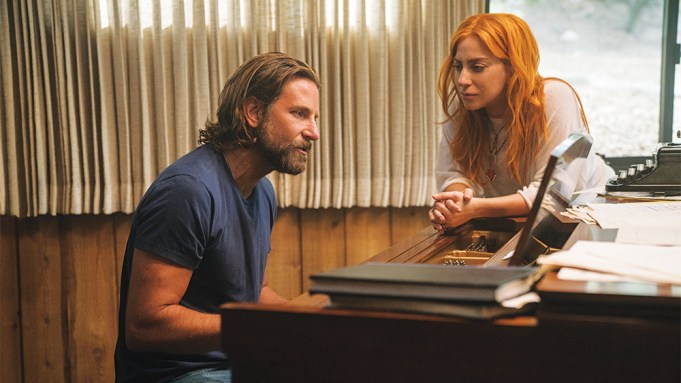 On Warner Bros.’ remake of “A Star Is Born,” actor-director Bradley Cooper and co-star Lady Gaga refused to settle for the traditional practice of pre-recording their songs and later lip-synching on set. Instead, they embraced the more risky approach of performing the movie’s songs live.

The studio was aware of the danger, but with the help of state-of-the-art technology, a dedicated crew and some of the most innovative sound professionals around, Cooper and his team pulled it off.

“It’s a wild way to work, and there’s definitely risk involved,” says Jason Ruder, music editor on the film. “That’s why most productions, like your “Pitch Perfects,” just hit play on a recording and have the actors mime along. It’s the safest way to go.”

Yet the difficult method “really paid off,” Ruder notes, explaining that Cooper wanted an authentic approach. To that end, the crew meticulously recorded every sound of every live performance seen in the film, from the steel guitars and drums played by Cooper’s band to the show-stopping ballads sung by Gaga. “Every single vocal is live,” he says. “Every phrase and syllable was a live vocal captured on set. Every single second of reverb or ambience was live and caught on set.”

Sound mixer Steve Morrow was responsible for wiring up mics wherever the scene took the performers, including performances at music festivals like Glastonbury and Coachella, to capture every note. “The feat was incredible,” he acknowledges. Film sound generally mixes work from eight tracks — dialogue, effects, ambience and so on. For this project, Morrow used two 32-channel mixing boards and was recording more than 60 unique tracks at a time.

Morrow admits the work was technically very difficult and that few sound teams can manage such a job, but the result was authenticity. “If the audience doesn’t feel that they’re watching a movie but rather a great concert, we’ve succeeded,” he says.

One of the challenges of recording live performances on a production that’s this highly anticipated was the protection of the music. Cooper and Gaga needed to play their songs in front of real crowds to capture their reactions. But the studio had a vested interest in making sure these never-before-heard songs weren’t also recorded by fans and leaked online.

The producers used a trick to eliminate this possibility. Alan Murray, supervising sound editor on the production, explains that the music was performed and recorded live onstage — but not amplified. “It was a very smart way of shooting,” he says. “I was in the crowd recording their reactions. They were reacting loudly, but they couldn’t hear anything Bradley or Gaga were playing.”

While recording live lent the performances energy and spontaneity, not amplifying them meant the recordings lacked the big sound of a song played on giant concert speakers. The easiest thing would have been to have Cooper and Gaga play for the crowd and record from afar to catch the reverb, echo and ambience of the venue. “But we couldn’t do that, because then the crowd would hear the songs, record them on their phones and leak them online,” Morrow says.

As a workaround, Morrow and Ruder made use of a cutting-edge method called impulse response. They set up a surround-sound microphone in the middle of every room they were shooting in and blasted noise at very high and low frequencies from the stage. Computer software would then determine exactly how any song would sound in that specific room, and this could be added to tracks as a kind of special effect to make it seem as though the music were really coming from that place.

Impulse response can make a guitar solo or bass line recorded clean in a studio sound like it’s being blasted out from a stage at an outdoor music festival or strummed in a tiny dive bar. And it made Cooper’s and Gaga’s live vocals sound as if they were being amplified to the thousands of people who could see them but not hear them on the spot. Morrow likens it to the software used to set up a home theater system. “It maps the room and says how big it is and how much echo and reverb there is,” he explains.

Murray says that few films have captured the sound of live music quite so accurately. “That’s because Bradley Cooper would not have it any other way,” he says. “He was so driven to making this mix what it is. We worked for almost seven months on the sound, and he was totally into the process and devoted to it in a way few directors would be.”