Editors Use Super-Human Skills to Cut ‘Avengers: Infinity War’ Down to Size 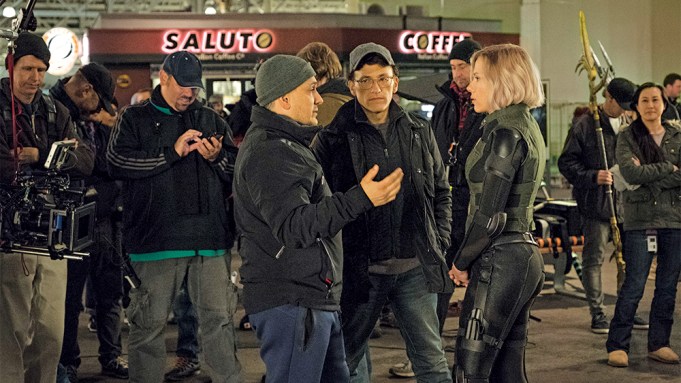 “Avengers: Infinity War” is stuffed with the largest number of superheroes ever to populate a movie. Directed by brothers Anthony and Joe Russo, the 19th film in the Marvel Cinematic Universe marks their third collaboration with editors Jeffrey Ford and Matthew Schmidt; they also cut “Captain America: The Winter Soldier” and “Captain America: Civil War.”

Ford and Schmidt crafted the story using more than 900 hours of footage that emerged from 180 days of principal photography and another 100 days of second-unit work, most of which was shot using Imax cameras.

“As the material came in, we would watch it together and then divide it up in order to make our rough assemblies,” says Ford. “Then slowly, we’d start to care for certain sequences. If Matt knew a little bit more about one sequence, he’d work on that while I worked on another.”

The method served the duo well, and they offered each other notes and even traded sequences for a fresh perspective.

Character screen time was one of the editors’ biggest challenges; the final cut was cemented only a few weeks before the film’s premiere. “The transitions from one character to another bring the movie to life,” says Ford. “When you pass the baton from one to the next, it really helps the story take shape.”

The editors also used humor to inform scenes. In a sequence where the Guardians of the Galaxy meet Thor (Chris Hemsworth) for the first time, Drax (Dave Bautista) compliments Thor’s physique and questions why Quill (Chris Pratt) isn’t in that kind of shape. Schmidt harnessed the comedy, and as the scene evolved, Ford took over and dialed in the posturing between Thor and Quill.

An abundance of visual effects added to the complexity. “They started planning them a year before we began shooting,” notes Schmidt. “We had a great previsualization team, led by Gerardo Ramirez. We would send them questions, and they would come back with an entirely new world we could cut in. The material was constantly evolving. A lot of us have been working together for years, so we have great shorthand with each other.”

Sound also influenced the cut: The editors would trade sequences back and forth with sound designer Shannon Mills to shape the rhythm. “On all the things that needed to be talked about visually, we also talked about the sonic design,” Ford says. “That way, by the time we were in the final stages, all the big decisions had already been made.”

Alan Silvestri’s score dictated pace. Schmidt notes that music was generally added to a scene after it was cut. “If a scene plays well without music, it’s going to play much better with it,” he explains.

Challenging as it was, creating the roughly 2,950 edits for “Avengers: Infinity War” wasn’t the editors’ only task. They worked on the following “Avengers” film simultaneously.

“As this movie evolved, anything we thought we were missing we were able to grab while Anthony and Joe were shooting ‘Avengers 4.’ We would let them know, and they would shoot it the next day,” Schmidt says. “Toward the end, Jeff and I would sit in separate rooms where he would work on ‘Infinity War’ and I’d continue cutting ‘Avengers 4’ to make sure it wasn’t getting derailed. It might sound a little overwhelming, but there was a calmness through the entire shoot and into post. It felt like we were making just another movie instead one of the biggest superhero movies ever made.”