Perhaps the most retro thing about “Stranger Things” was the way people found it — via word of mouth.

The country was not inundated with ads and marketing stunts; instead, viewers heard about the show from friends and sank into its immersive world of nerdy kids, nervous parents and evocative mysteries. It was hard not to fall in love with the Netflix drama’s affection for genre storytelling and with its earnest homages to the gnarliest pop culture of a few decades ago.

A runaway phenomenon was born: This time last year, you couldn’t walk into a Halloween party without encountering at least 11 Elevens. How could a second season top the media cacophony around it? Not easily, at least at first.

Until “Stranger Things 2” really gets going — and that takes a while — it trails an air of self-consciousness that veers into strained fan service at times. The good news is, the show’s core cast remains an extremely versatile and effective ensemble, and once the story kicks into a higher gear about halfway through the nine-episode season, a lot of the old magic returns.

There are missteps in the second season, many of them revolving around thin or unfortunate writing for some of the new characters. But once you get past the clunky first few installments — which largely restate much of what occurred last season and set up plot points that were easily inferred from the trailers — the drama’s momentum picks up noticeably. As fine as the show’s justly lauded young cast is, the adult actors — especially Winona Ryder, David Harbour, Natalia Dyer, Charlie Heaton and Joe Keery — anchor every psychological nuance with subtle skill and ease.

“Stranger Things” wouldn’t function as well as it does — or be able to slide past its rough spots and moments of exposition-heavy dialogue — without their detailed, committed work. Keery’s Steve, readily dismissed early in season one as a handsome stereotype with a silly haircut, has evolved into not just a deeply enjoyable part of the series but one of its indispensable elements.

That said, the show’s chief accomplishment — aside from thousands of Halloween-costume tributes to its characters — is getting so many people to greedily binge on a story that is, at its core, about profound and lasting trauma. The men, women and children of Hawkins have PTSD or worse, and the pop-culture trappings help lighten the earnest examinations of painful memories and harrowing relationships.

In last season’s finale, Will Byers, played by Noah Schnapp, returned from his trip to the Upside Down intact — or so it seemed. This season, he is at the center of the narrative — even more so than Millie Bobby Brown’s Eleven — and Schnapp proves more than up to the task of portraying Will’s deepening distress. Much is asked of this young actor, and he delivers powerfully in a range of challenging situations that would be confusing for any family. As his mother, Joyce, Ryder once again brings to bear not just her charisma but her intense presence and highly watchable — almost palpable — compassion. 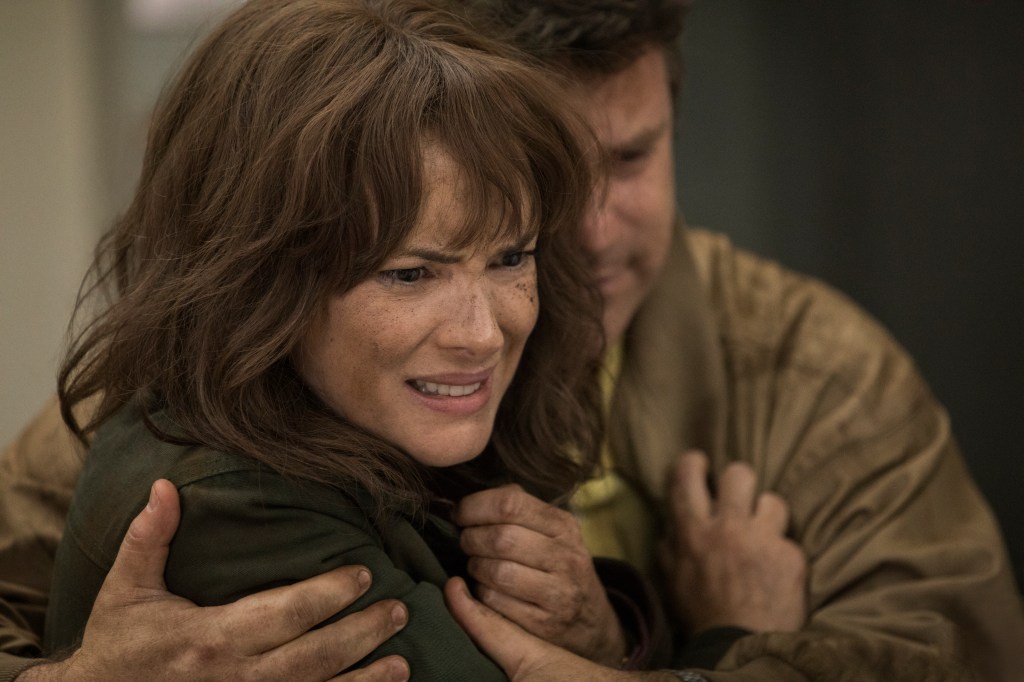 The Byerses — and their friends — are guardians of many secrets about the seemingly normal town of Hawkins, and much of “Stranger Things” functions as a parable of the ways in which secrets can both unite people and corrode relationships. As mythologies go, the story of Hawkins, the home of a secret government research facility, is a doozy. When one of Will’s friends tells a newcomer about what they’ve all been through, she is dismissive (and in a bit of meta-commentary, notes that the wild tale is a touch “derivative”).

The expansion of the Hawkins ensemble is uneven. Brett Gelman is delightfully frayed and seedy as a freelance reporter trying to figure out the truth about the town, Paul Reiser is perfect as a sketchy scientist and Sean Astin ably embodies the latest in his long line of lovable, low-key heroes. Other new characters are far less successful, and one very uneven episode late in the season that features some of the new characters is full of exciting potential but ultimately feels like a missed opportunity. The problem with a show getting bigger is that some character arcs get smaller — and occasionally sloppier. 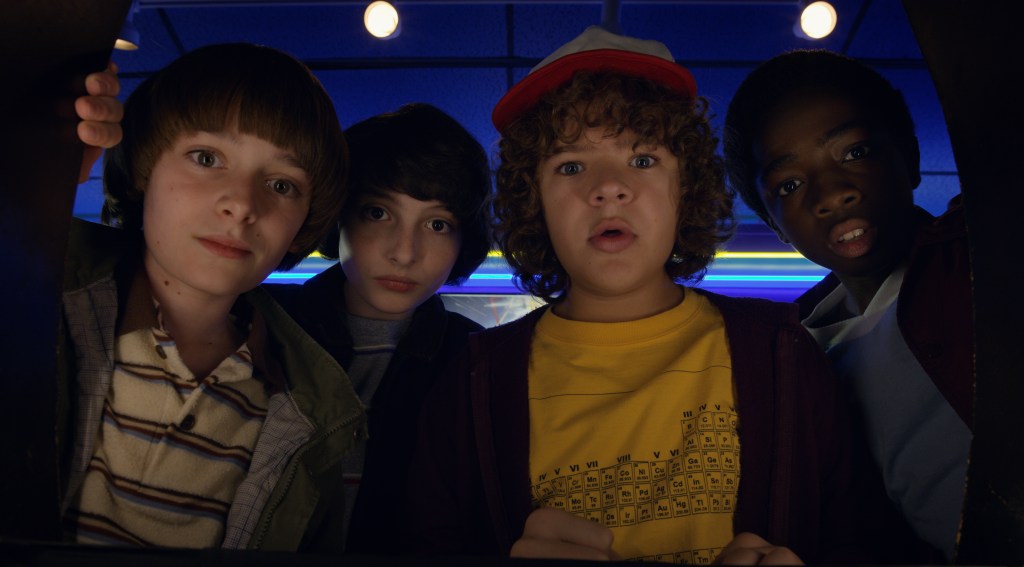 But like El, who has her own methods of getting her way, “Stranger Things” is pretty wily about how it gets past your defenses. Gaten Matarazzo’s comic timing is continually entertaining, Caleb McLaughlin makes the most of his expanded role and Brown’s ability to summon emotion is as impressive as her character’s ability to walk between worlds. And as it wraps up Season Two, it summons some of its most propulsive and emotionally effective storytelling.

Much of the new season asks various residents of Hawkins where their true homes are. It’s not a spoiler to say that they find refuge, as most of us do — if we’re lucky — in each other.

Note: On Friday, I’ll post a more detailed post-mortem on”Stranger Things 2″ for those who have viewed the entire season.