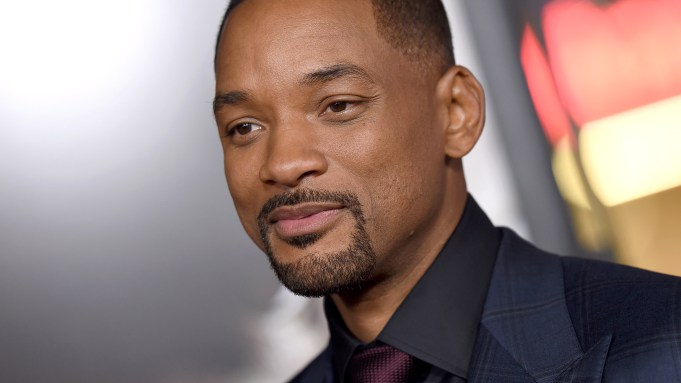 Will Smith has been tapped to host an upcoming National Geographic event series that will be executive produced by Jane Root and Darren Aronofsky.

Smith made the official announcement on his Facebook page with a short teaser video, which can be viewed above.

The 10-episode series is titled “One Strange Rock.” It will tell story of Earth and why it is special and uniquely brimming with life among a largely unknown but harsh cosmic arena.

“I am thrilled to have Will Smith on board to guide our series,” Aronofsky said. “His charisma, intelligence and humanity will add greatly to the project, helping welcome viewers into this unique narrative about the mind-blowing wonders that make life on Earth possible.”

Anchoring the series is an elite group of astronauts who see Earth’s bigger picture as they provide their own perspectives and relate personal memoirs of our planet seen from space. Among those are Chris Hadfield, the first Canadian astronaut to command the International Space Station and the only Canadian to have ever boarded the Russian Space Station Mir while in orbit, and Mae Jemison, who became the first African-American woman to go to space in the space shuttle Endeavour.

“By pairing the incomparable, out-of-this-world, global appeal of Will Smith with our rock-star astronauts, who literally went out of this world, we tell the incredible story of the complexities of our planet,” said Pastore, president of original programming and production for National Geographic. “With the distinctive storytelling from Aronofsky and Root, ‘One Strange Rock’ will be an incredible visual treat, taking audiences from the microscopic to the cosmic, leaving viewers to see and appreciate our planet as never before.”