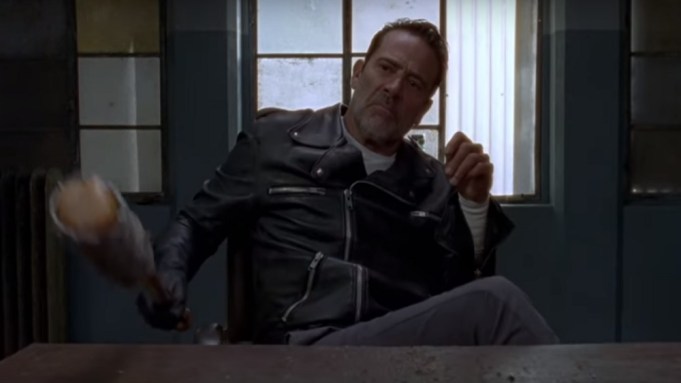 “The Walking Dead” unveiled the first trailer for Season 8 at the show’s Hall H panel at San Diego Comic-Con on Friday.

In the trailer, we see Rick and his coalition-consisting of Alexandria, Hilltop, and The Kingdom–as they make their preparations for war with Negan and his Saviors. Things kick into high gear quickly, with explosions and gunshots galore as the long-awaited battle between the groups begins.

We also get a quick scene between Negan and Father Gabriel, in which Negan asks Gabriel if he is wearing his “s—ting pants.” Why? “Because you’re about to s–t your pants,” the evil mastermind croons.

Rick inspires his troops by reminding them that Jesus told them when they met that his world was about to become a whole lot bigger. “We found that world. We found each other,” Rick says. “That bigger world is ours by right. Those that take and use and kill, we end them!”