‘Veep’: Selina Meyer Is Ready to Get Back to Business in Season 6 First Trailer (Watch) 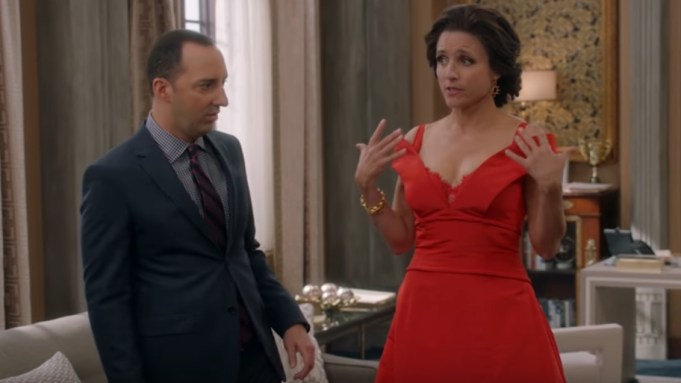 Though the most recent U.S. presidential election was dramatic, it may just be beaten out by Selina Meyer’s on HBO’s “Veep.”

In the new trailer for Season 6 of the Emmy-winning show, which dropped Monday at its panel at SXSW, former President Selina Meyer (Julia Louis-Dreyfus) appears after a dramatic loss in the Season 5 finale, causing her to concede her presidency and move out of the White House. But as her usual charismatic self on a taping of “CBS This Morning,” she takes a moment to (begrudgingly) reassure the public that though the “loss hurt, I did take this opportunity to reacquaint myself with an old friend of mine, by the name of Selina Meyer.”

Her amicable disposition flips to cutthroat when she sees her old staff member and now congressman Jonah Ryan (Timothy Simons) later on in the clip, promising to “destroy you in ways that are so creative, they will honor me for it at the Kennedy Center.”

The rest of the trailer is filled with the usual jabs and cracks from familiar faces like Gary Walsh (who seems to need a refresher on professionalism), a confrontational Amy Brookheimer (Anna Chlumsky), and a sun-sensitive Mike McLintock (Matt Walsh), among others.