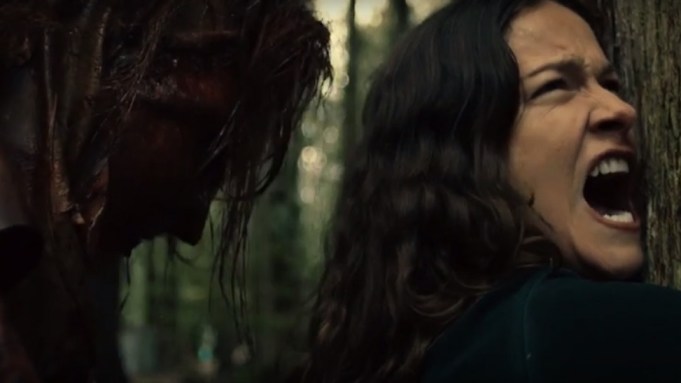 In an exclusive sneak peek at Syfy’s “Van Helsing” Season 2 from San Diego Comic-Con, fans are treated to plenty of bloody vampire action.

The series follows Vanessa Van Helsing (Kelly Overton), a descendant of the legendary line of vampire hunters. The country has been turned into a wasteland after volcanic ash has left the sky darkened, allowing vampires to rise to power. Van Helsingawakens from a three-year coma to discover that she’s not only immune to the vampires, but also has the ability to make them human again.

“Van Helsing” Season 2 is currently slated to air on Syfy in Fall 2017.