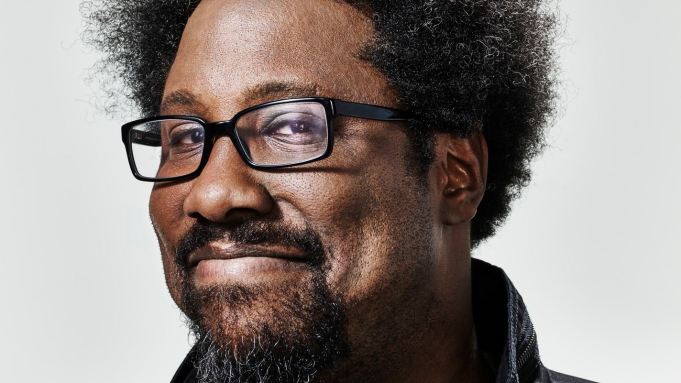 In the first episode of the new season, Bell delves into the lives of immigrants and refugees, and he interviews white nationalist Richard Spencer, who tells the host, “I want to bathe in white privilege.”

In other episodes, Bell, a native of Chicago, will return there to speak with politicians, residents and gang members about myths and the realities regarding violence in that city. He’ll also visit Muslims in Michigan, the Appalachian region, Standing Rock, San Francisco’s Chinatown, and Puerto Rico. In one episode, Bell, a comedian and commentator based in Berkeley, Calif., will buy a gun and go to a seminar to find out what it’s like to “open carry while black.”

In one of the most notable episodes of the Emmy-nominated first season of “United Shades,” Bell visited members of a Klan-affiliated group and watched a cross burning. His interview with Spencer once again puts Bell in the middle of a very charged situation with a person who is actively working to sow racial division and hatred. But the season as a whole will see him engaging Americans in conversations about range of topics, and he’ll heading to a wide variety of destinations, Bell tells Variety.

“If people were like, ‘Every week we want to see you with a hate group,’ I’d be like, ‘Oh no, I don’t want to make that show,’” Bell says. “But what CNN found out is that people liked all the episodes [in Season 1], and they were all very different. People would go wherever I went. I was like, ‘That’s good, because I want to go more places than just places where I think I might die.’”

That said, since the Klan episode aired a year ago, many Americans who thought that those kinds of hate organizations had lost ground or faded away have had a rude awakening about the unfortunate durability of such groups. Since the election, bias and hate have become much more commonplace, Bell notes.

“I felt like there was a strong upsurge in people letting it out,” he says. A year ago, “when we shot the Klan episode, people were like, ‘Why would you talk about the Klan?’ and I was like, ‘Because they exist and they’re a thing?’ Then suddenly you don’t have to ask that question when Jake Tapper is asking Donald Trump to disavow the Klan on the network that I work for.”

Among the pluses of the hour-long format of “United Shades” is that the depth of the treatment of each subject allows the show to delve into difficult subjects like race, culture, history and class without wrapping up each topic with a tidy conclusion.

“I think the thing that I’m happy with Season 2 is that we cranked up the nuance,” Bell says. “Sometimes you look at these things and you can be really, pun intended, black and white about them. For example, one of the episodes we shot was in Appalachia, and that’s literally a black-and-white situation. There’s not a lot of black people there, there are a lot of white people there … We did an episode with Arabs and Muslims, and guess what, some Arabs aren’t Muslim. There are a lot of Arab Christians. Also, there’s a big difference between a Muslim from Bangladesh and a Muslim from Iran.”